Mini Trip to Greylock....then back to Worcester

A few weeks back we decided to head out to the northern Berkshires, since we seem to spend a fair amount of time doing the southern Berks (my personal fave between the two!) 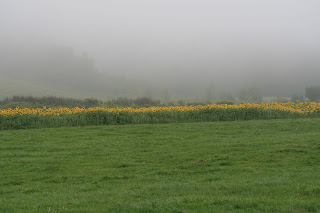 Driving out through Hawley we came across this fabulous Sunflower farm right on Rt. 8A.  It was almost magical in the early morning mists. 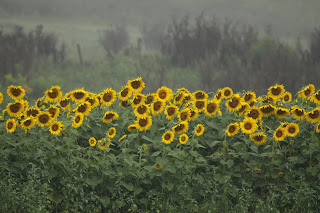 We took a back road up through Cheshire but the bird song seemed to indicate we were in for a tough day.  We did have some warblers on the actual road up Greylock, especially around this opening filled with Virgin's Bower.  We also had Ruby-throated hummers zipping in and out, but they were too fast for me. 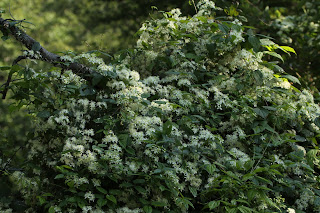 There was, however, a young Raven flying back and forth across the road and he seemed quite happy to have his picture taken! 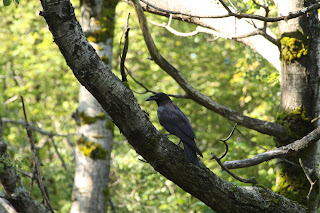 It's not until you see this bird's head in profile that you realize there's no way you can confuse this with an American Crow. 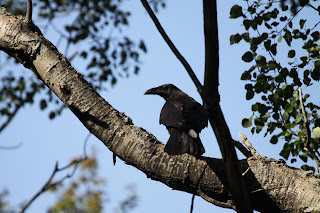 Unfortunately, Mark started this trip a little under the weather, so we never made it all the way up the mountain and so decided to cut our losses and head back home.  We thought we might get out later in the day locally.

We did go out for some nighthawk watching along Rt. 56 in Leicester....overlooking the runway at Worcester Airport. 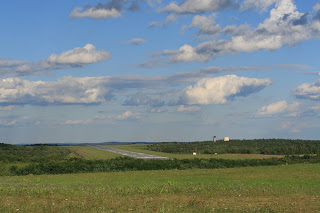 Depending on the cloud conditions and the winds, we've had great looks at birds as they fly south or southwest....sometimes coming quite close, especially if they're feeding.  This view out to the southeast shows how deadly a clear night can be.  You can see all the way to the Blackstone Tower (faint on the horizon to the right of white water tower) and the earlier clouds seemed to evaporate. 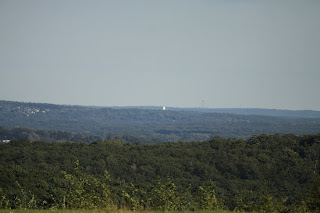 We had a handful of birds come right overhead fairly close, but with out a good cloudy sky, you can miss so many birds unless you're lucky. 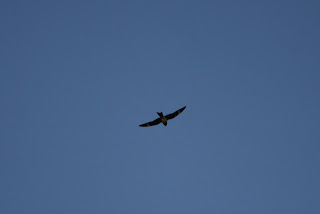 We scanned whatever clouds there were, but other than a beautiful late summer evening we seemed out of luck. 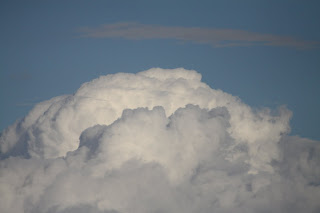 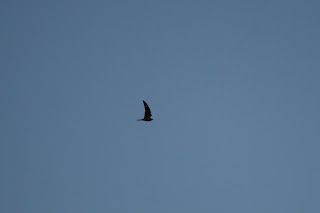 and only a handful passed fairly close overhead. 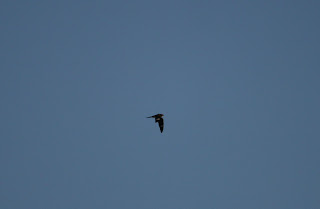 The sky changed quite dramatically while we were there, but the big numbers never seemed to materialize.  In fact, we've gone up there several more times, and either we're just missing the birds or they're not coming by Worcester this year. 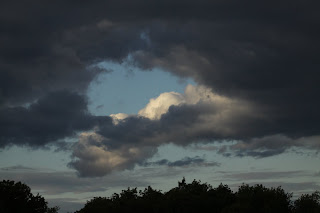 I do hope this isn't an indication that there numbers are crashing.  I think Tom Gagne in the valley has noted far less birds than usual from the Mt. Tom overlook as well.  Being the optimist, I choose to believe we were just unlucky!

Enjoy....Sheila
Posted by Sheila Carroll at 6:24 AM