A week after Hurricane Irene had finished with the MA coast we ventured down to the Westport area to see how things were recovering.  We had seen the photos on the news and having been there about 36 hours earlier we didn't know what we would find.  Traveling down Rt. 88 from 195 things seemed pretty normal....I saw more trees down in Worcester. 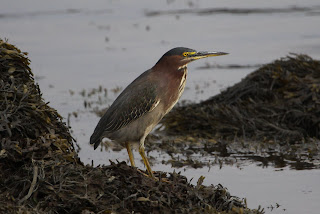 We first stopped at the boat launch just over the bridge and everything was calm and placid.  I got these great shots of a Green Heron just about 25 feet off the seawall.  They must have bred nearby since we've had a pair on and off several times this summer. 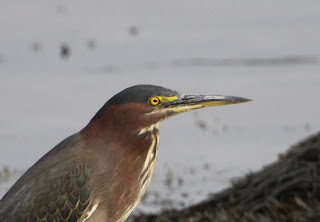 This Double-crested Cormorant was also in the same area, only he slipped off the rock into the water fairly quickly, while the heron just seemed to freeze and let me get off a ton of shots....he never even flew off. 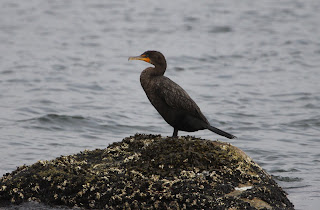 Unfortunately, the causeway to Gooseberry Neck was still closed from the hurricane.  We spoke with a DCR guy and he seemed to think that the town still needed to check out the final road conditions but thought it would be open later that weekend.  I did walk about to the end of the fencing about a third of the way along the causeway and got these Surf Scoters (there were actually 4) just hanging off the rocks on the north side of the causeway.  We've occasionally had a summering scoter in this area, but I was surprised to find 4! 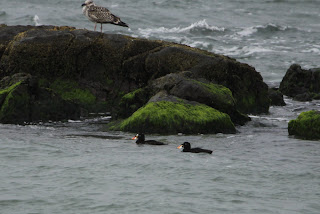 While I was doing that, Mark scanned the open ocean for lingering rarities blown up in Irene....no luck.  Along Horseneck Beach we had small groups of shorebirds (mostly Sanderlings) feeding in the substantial rack line that the storm surge must have created.  We were unable to drive along the short road by the Westport Town Beach, since there were still work crews in the area so that road was still closed.  We did go back up Rt. 88 and cross over Drift Road to get to the eastern end of the shore road (near Allen's Pond).  Again, not much out on the ocean, although we did have a nice group of Forster's Terns feeding over the marshes beyond Allen's Pond. 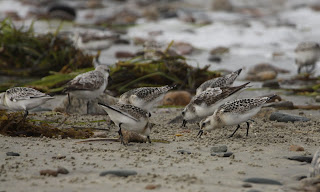 We decided to back track and make our way over to Acoaxet....we were especially interested in seeing how the little pond by Gray's Grist Mill had survived the storm given that we had found the Red-bellied Turtle a week earlier.  (Pond was there; turtle was not.)

But first we had to stop and photograph this little kid (fairly new-born judging from drying umbilical cord still attached) jumping from rock to rock in a small pasture right along Adamsville Road. 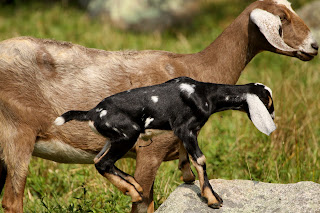 No we all know I love miniature horses, but it's goats that Mark goes gaga for (and pigs).  I do admit that this little guys was pretty adorable with those long flopping ears.  They actually looked like they were made from a jersey material! 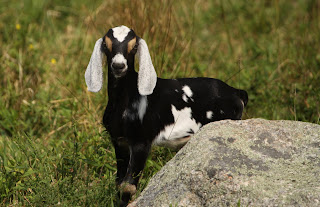 Our real excitement, though, was finding that "our" Zabulon Skipper had survived Irene.  It seemed a little worse for wear, but that could be it's getting old....Mark reminded me these guys don't really have a long life span to begin with. 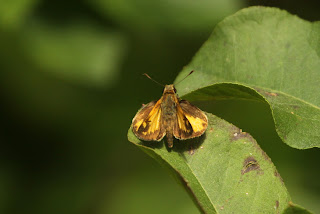 Still it was nice to see him flying around and feeding and knowing that he must have ridden out a hurricane along the coast just amazed me. 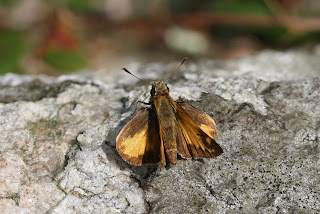 Nothing special out on the ocean from this side of the Westport River either.  Although it's definitely the Forster's Terns that are putting on a show. 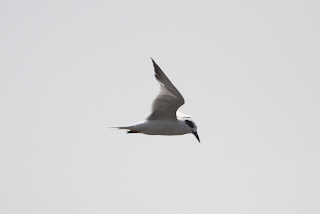 We had well over 20 of these birds for the day. 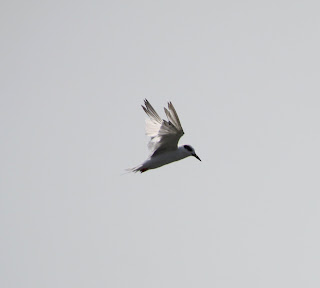 We headed back to Worcester early afternoon, having spent a good morning checking on fall migration (which was pretty non-existent in terms of land birds) and the results of Hurricane Irene.  Much like the people in this area, I think the wildlife is used to living along the coast and they know how to ride out a hurricane. 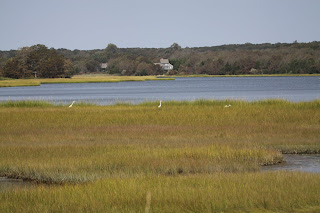 We'll be heading back to this area in a few weeks with Mark's birding class....nice to know everything will be accessible by then.