So when I say early atlasing, I mean both for the season and the time of day! On Sunday we decided to get out early and check two of our new blocks for the Breeding Bird Atlas for this year. Actually it's really only 1 block and a "sliver". That's what I call the partial blocks that border CT and RI on the south and NH on the northern part of Worcester County. 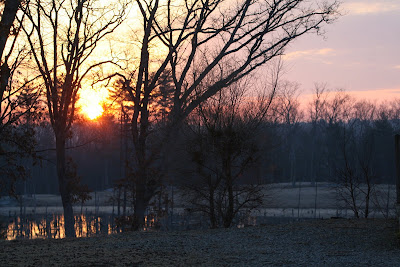 We started before dawn in Southbridge 8 & 9 -- that's the actual names of the blocks from the Atlas project. I talked about the Breeding Bird Atlas (BBA2) project last year. It's a 5-year project and we're the Regional Coordinators for Worcester County....which is the largest county to be covered. We found a number of displaying American Woodcock in the sliver block, along with several pairs of Great Horned Owl "duetting"......but we ran out of dark by the time we got to a wonderful little marsh in the full block. This is quite a bit early for most breeding birds, but for the owls and some of the year-round birds (like House Sparrow, Starling and Rock Pigeon) now is a good time to be checking for breeding behavior. 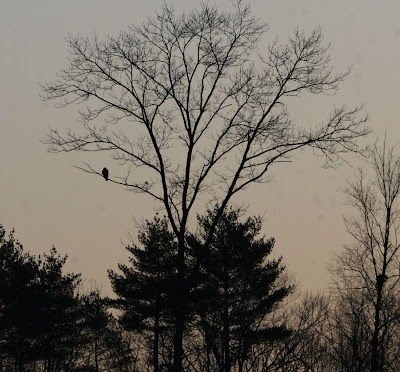 Red-tailed Hawks are definitely on territory and many are doing aerial displays or sitting close to the other bird on the nest already. And that's exactly what this Red-tail was doing. 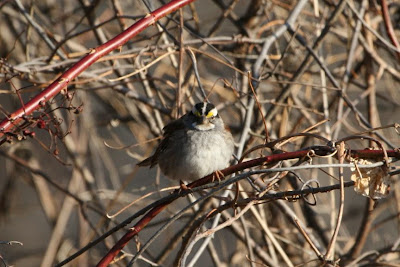 Some of the spring birds were migrating through.... 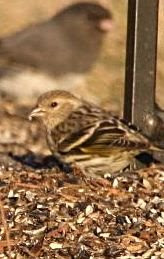 ...while others were still lingering from their winter incursion into our area. Although there's a good likelihood that some of the Pine Siskins who invaded this winter will stay to breed if they find suitable habitat. 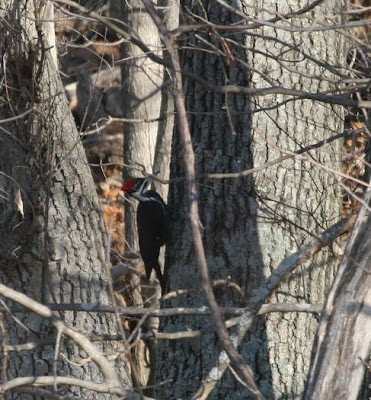 One of the morning's highlights was finding a Pileated Woodpecker very close to downtown Southbridge! What was even better though was finding a pair! 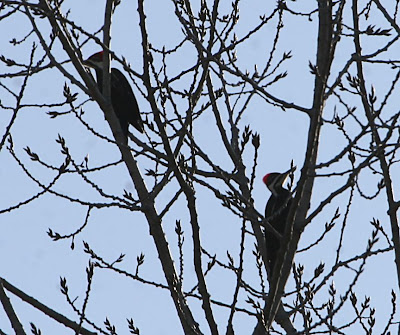 Defending territory and definitely displaying to each other. I'm not sure what the safe dates are for this species, but this will certainly go down as a Probable for the block.
We spent about 4 hours in the block before heading up through Charlton to the Brookfields to check how spring was progressing there. We stopped at Lake Quabog hoping for an early Tree Swallow, but there was still quite a bit of ice on the pond and we had to settle for an adult Bald Eagle sitting on the nesting tree. And of course, there were numbers of Ring-billed Gulls looking for the expected handout. 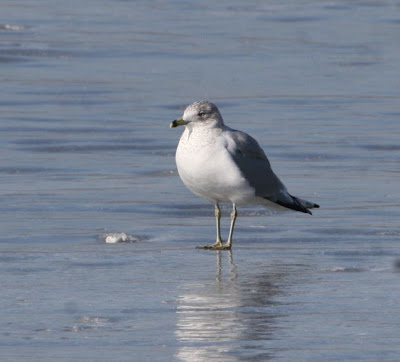 There was a small part of the lake which had opened up, and we were treated to numbers of Common Mergs, along with the geese and gulls. I thought this size comparison of the female Common Merg was interesting. 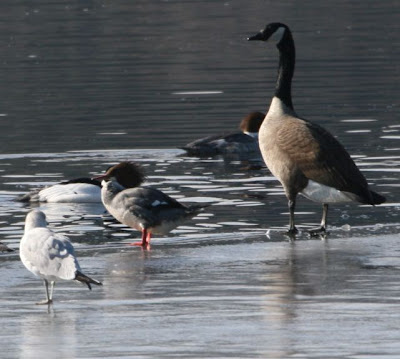 By far there were more males than females and some of the birds appeared ready to head farther north. 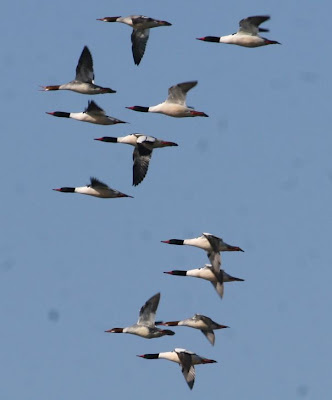 One of the big surprises was a Horned Grebe on Quabog! We don't often get these birds in the spring, so it was a good record. 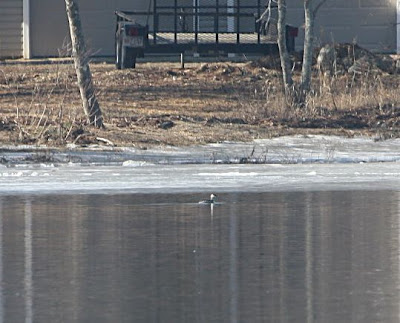 We headed around the southern tip of Quabog to Quacumquasit (aka South Pond) hoping to find more open water or something of interest in the WMA cornfields. Other than some Grackles and Red-wings, it was fairly quiet. 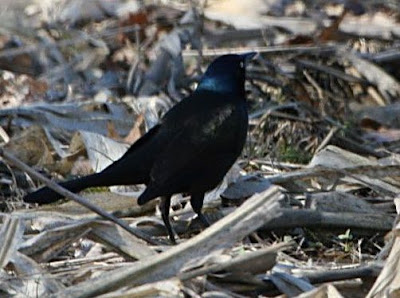 We did have the usual group of white domestic ducks lazing near the parking lot.....but we also had this unusual "mallard" hybrid. Not that it's unusual to find a mallard hybrid (since they'll mate with just about anything) but I thought the coloration was a little odd. 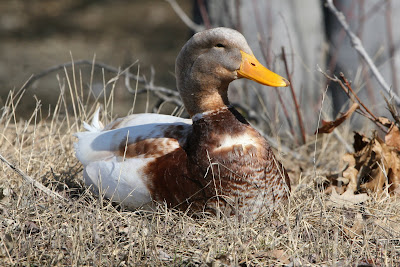 Not much else in the Brookfields, so we took a quick tour around Wickabog and stopped to see how our piglets were doing and drove by the miniature horse farm to see if there were any new colts....there were, but I'm waiting for a few weeks to take one of our granddaughters back to see them before I take another million photos! 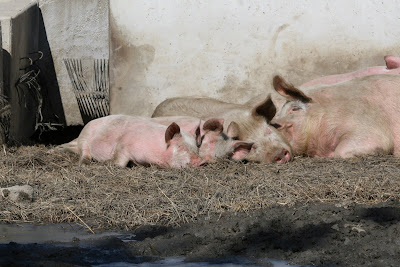 We headed back to Worcester around noon and just missed the St. Patrick's Day parade by coming in from the west. 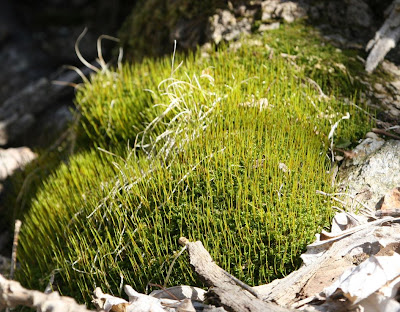 Somehow it just seems more festive to see "Irish" green moss coming up than the artificial green of hundreds of carnations.

A quick but productive morning before heading out to do some fundraising during the last day of WICN's spring fund drive.