After being "stuck" inside at the Birder's Conference in Worcester on Saturday, we had our first class trip this past Sunday....and it was totally enjoyable. Now the conference was enjoyable as well (particularly Mark's over-the-top presentation on changes in Worcester County birding over the last 50 years,) but nothing can compare to an early spring day with temps hitting close to 60! 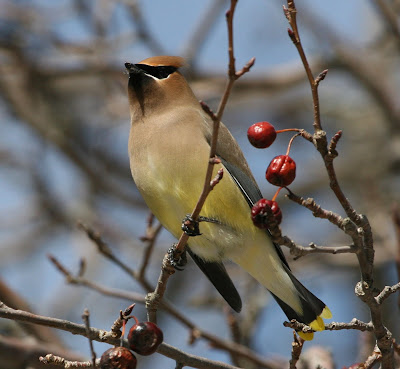 When we arrived at the Administration Building at south Quabbin we were greeted by a flock of Cedar Waxwings in the crab apple trees, but no Bohemians. 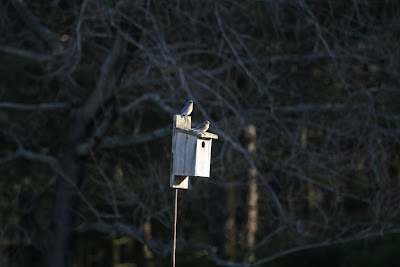 We spent some time scanning the still-frozen reservoir and then headed off to the fish hatchery to try our luck with Bald Eagles again. Spring was definitely in the air and we had a pair of Bluebirds checking out nesting boxes. However, the arrival of Killdeer on their nesting ground at the hatchery was really a delight. We had heard one flying over at Quabbin, so we hoped to find a bird or two at the hatchery....which usually provides good numbers spring and fall, along with a healthy breeding population. And we weren't disappointed...we had at least 2 birds there. 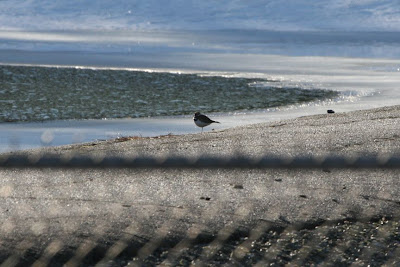 After the hatchery, we headed back into Quabbin by the spillway to check for Raven. At first we couldn't find any sign of the breeding birds, but as we were leaving, we saw one bird checking out their old nesting site and another Raven silently flew off. 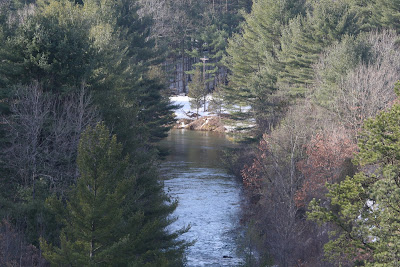 Usually Raven's are quite noisy, but I find that when they're near their nest site, they're often silent....so it is probable that these birds are breeding close to the same location. 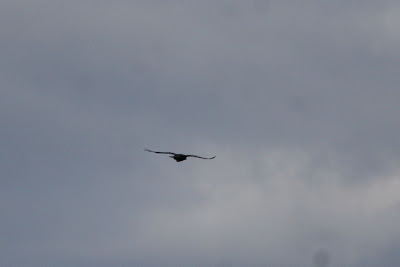 We did discover what looked like a fairly new nest right out in the open on a ledge. This is not normally where I'd expect to see Raven's nesting, but if it is the nest then these birds are going to be totally visible to anyone who stops to look. Personally, I'd rather the nest be more hidden, so I'm hoping the birds are tucked in somewhere out of view. 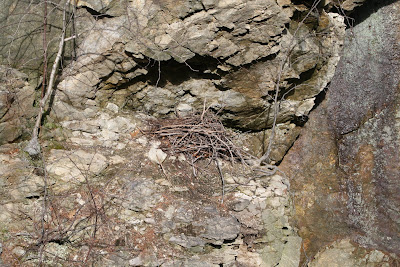 We spent a fair amount of time at the Enfield Lookout and had great views of Bald Eagle both close and far off. It was the sort of windy morning that Eagles love and I think we ended up with more than a dozen birds for the morning, between the Fish Hatchery and Quabbin.... 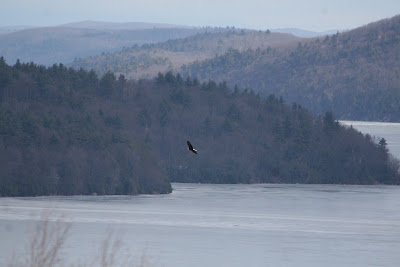 and a lot more adult birds than immatures. 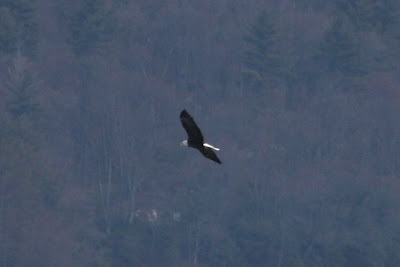 Heading down to the "blueberry patch" (aka Jones' Meadow) we convinced Danny Berard that he needed to check out the emerging skunk cabbage. This plant is supposed to have an internal heat differential of about 20 degrees that allows it to survive the ups and downs of early spring temps. This shot of Danny "taking the plant's temperature" had us all cracking up. While I trust the research that Mark did on this for his class....I often think Mark just enjoys getting people to do crazy things. And Danny is always the good sport who "volunteers" to do those crazy things! 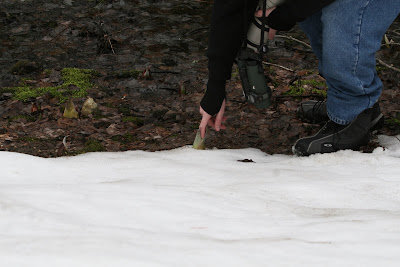 We decided to spend some time going over all the Robins which were out in force as the ground started to get that soft mushy spring-like feel. We were hoping to find something exotic like a Varied Thrush....not to be. 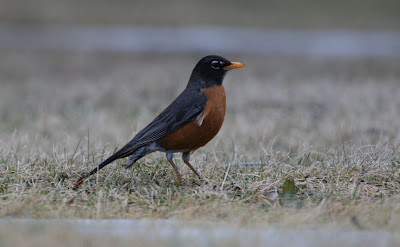 But we were delighted with another sign of spring....a Rusty Blackbird feeding in and among the Robins! 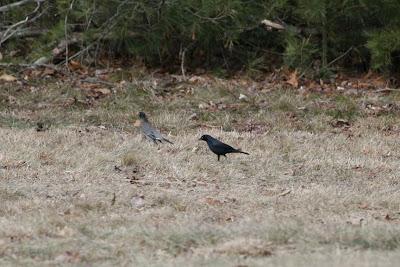 As we were tracking the Blackbird, I was totally entranced with this White-breasted Nuthatch. There were a pair of them working a tree right in front of me, and I have to admit that I'm always amazed by their upside-down movements as they check in every piece of the bark looking for stuff to eat. 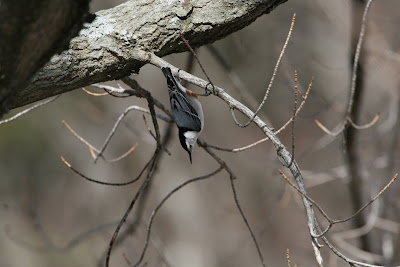 It's not until I get home and look at the photo that I realize just how unusual these little "acrobats" really are. 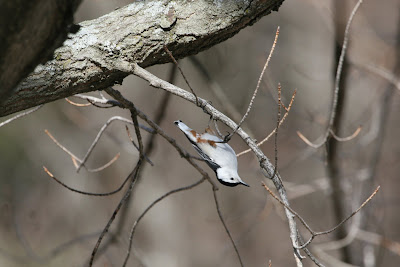 After leaving Quabbin we headed up the west side (Rt. 202) hoping we might duplicate out luck from last weekend with the Bohemian Waxwings and Evening Grosbeaks in New Salem. While there was no sign of the waxwings, we did "hear" the Evening Grosbeaks in the exact same area on West Road just past the Hamilton Orchards. It sounded like there was a good-sized flock present, but try as we might, we couldn't get a bird to come in for a visual for anything.

So we had to be satisfied with an auditory "sighting" only. We headed home through Hardwick and New Braintree and made a quick stop at the major parking lot for Winnemessett Meadows. Things hadn't opened up very much yet, but we decided that this would be a great place to take the class to see displaying Woodcock in a couple of weeks.

All in all, a very enjoyable morning's birding with a great group of folks!
Regards,
Sheila
Posted by Sheila Carroll at 6:38 AM