Over Memorial Day weekend we had our first "block busting" outing of this year's atlas season. Since most of the Worcester County blocks are done (some still need upgrades) we've taken several blocks in Plymouth and Berkshire counties to help out in other areas of the state where they are not getting as great coverage as we are in Worcester. The week before the actual block busting day, Mark and I put in a couple of hours in the blocks -- Marion 3 & 6. 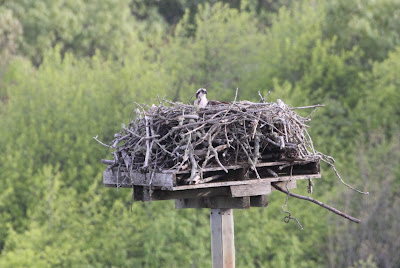 Since the area covers parts of Fairhaven and Mattapoisett, we were excited to get some of the species that we don't always get being landlocked. However, Ospreys seem to be moving inland quite well. Although the density in these two blocks made it real clear that they are still have a huge stronghold in southern Massachusetts. 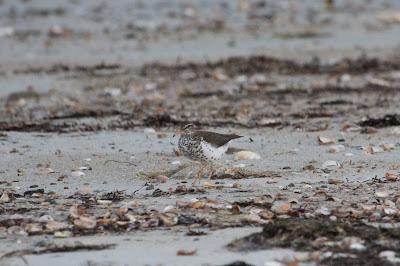 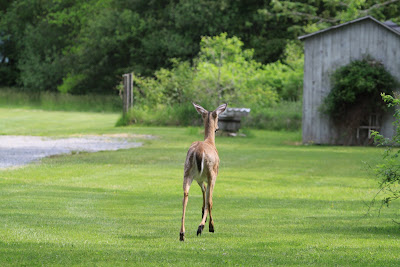 But I didn't really expect to flush deer within spitting distance to the beach! 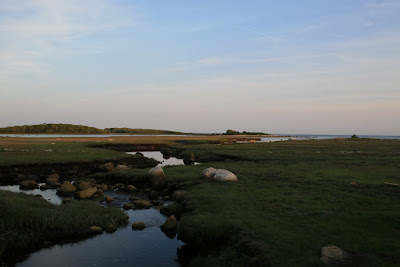 We needed to get out and do some owling and hoping for Woodcock and Whippoorwill so early dusk near Pine Island Pond was really lovely. 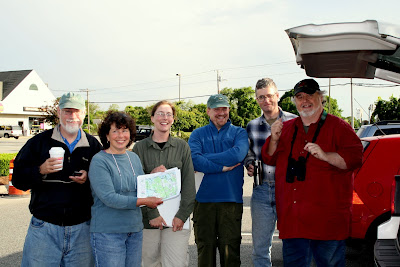 Here's the crew who did most of the work -- Alan and Wendy Howes, Jen Glagowski, Tom Sharp, Simon Hennin and Mark. 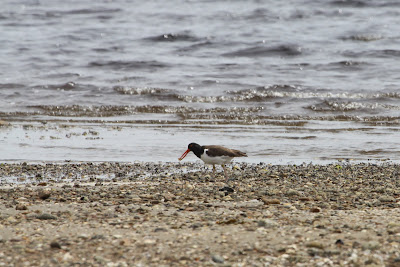 American Oystercatcher was one of the key species to find breeding and we certainly had good numbers of them.

However, the Common Tern resting at Ned's Beach was probably just passing through the area. They do nest nearby, but we never got any good evidence of breeding. 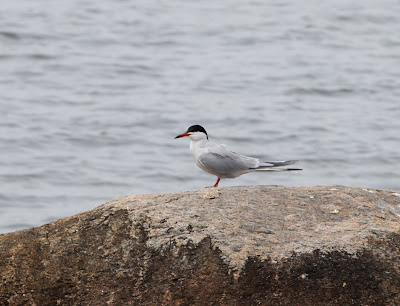 On the other hand, this Great Crested Flycatcher was certainly calling and acting very territorial. Since this bird is a cavity nester, I wondered if the martin house it was using as a perch could possibly figure into the equation. So I decided to park myself nearby and see if the mate was in the area. 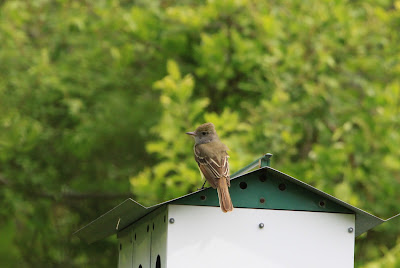 Sure enough within a few moments the mate flew in with a mouthful of nesting material and proceeded to line one of the entrances. I was thrilled....especially since this specie has eluded my camera for years. But not this time! 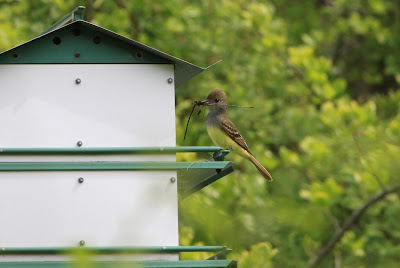 All the birds seemed to be announcing their territory, including this little House Wren who used the top of this 40 foot poll as a way to amplify his song and get the message out that this was his backyard. 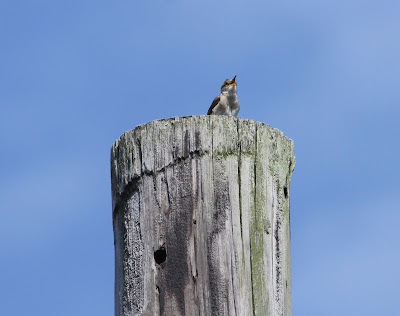 There's a wonderful bike path that runs through from Fairhaven to Mattapoisett and just poking along parts of it gave us great looks at this Black & White Warbler. 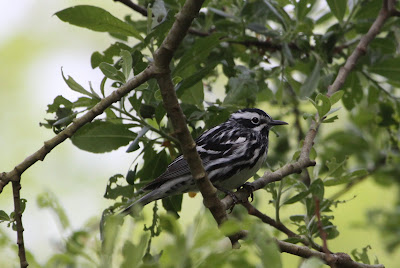 Every time we approached a salt marsh, the Willets were also in full display. 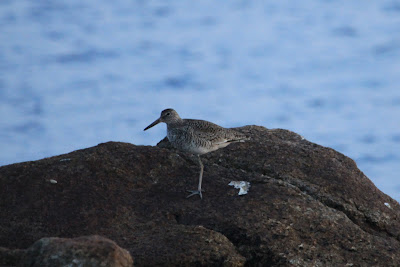 We watched this Barn Swallow gather mud for it's nest, but since we were along a sandy spit going out to Angelica Point, we wondered where they were nesting. 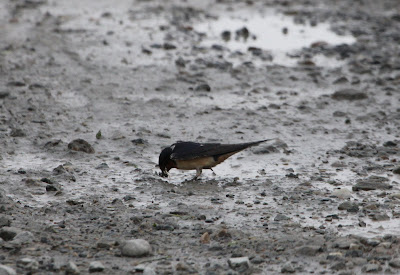 As we drove down the dirt road with Buzzards Bay on one side and Pine Island Pond and saltmarsh on the other, we were baffled. That is until we watched the swallows flying in and out of the pilings under some of the expensive houses right along the beach. We stopped and got a good look at several Barn Swallows taking the mud up into the crossbars under the houses and putting the finishing touches on their nests! I only hope that the people living in the houses realize how lucky they are..... 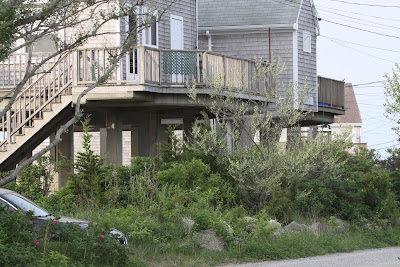 Both blocks contain a good variety of habitat, much of it the sort of bushy scrub and tangles that seem to be made for Catbirds....and we certainly didn't have any trouble confirming this bird as a breeder. 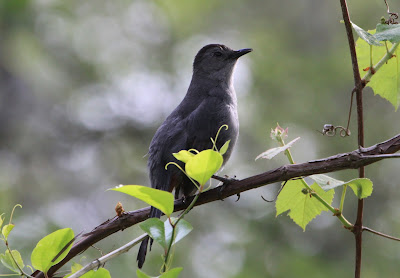 And even though there were lots of platforms nearby for the Ospreys, we did find this active nest (with recently-fledged young) in a cell tower just north of Rt. 6 near a farm. We watched a total of 6 birds flying in and around the tower....some still landing back on the nest. 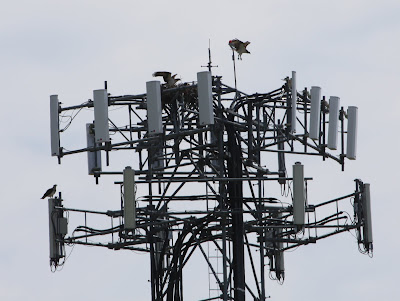 Yellow Warbler was probably the most numerous warblers -- everywhere you looked you saw a bright flash of yellow zip past you. This male stayed put long enough for me to get a quick shot, and then I realized he was probably defending a nest site nearby. 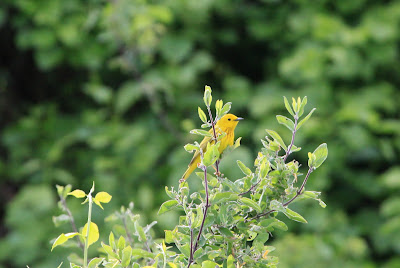 Sure enough we watched him drop down into the middle of the bush and visit the nest. If you look among the yellow honeysuckle flowers you can spot the black eye of the bird sitting on the nest. And the nest is somewhat visible. This was way too easy to spot..... 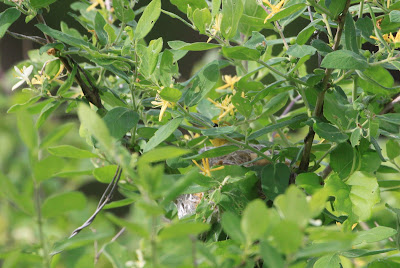 so it really didn't surprise me to watch a female cowbird hopping around in the bushes just waiting for a chance to drop her egg in the nest. It's a good thing there were so many Yellow Warblers, because the Cowbirds seemed to be pretty persistent themselves. 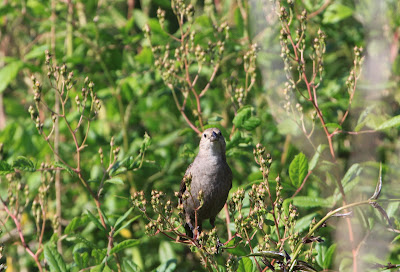 The area boasted an abundance of Baltimore Orioles as well. 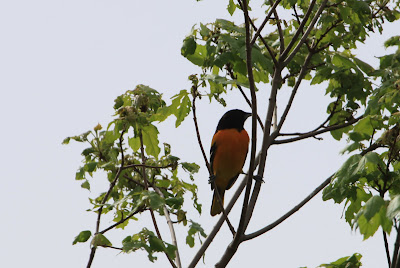 Another good spot we checked was behind the golf course on Reservation Road. Here we had more Oystercatchers, towhees, a few warblers in the thickets and a pair of Cedar Waxwing feeding on the berries on the trees. 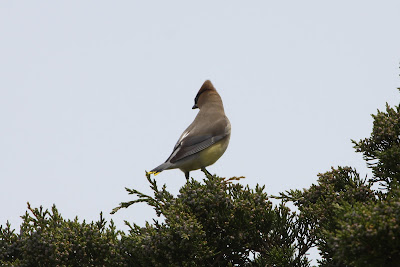 Mark walked way out on the marsh trail past the rickety bridge and we did learn later that Alan & Wendy revisited the area in the afternoon and Alan managed to cross the bridge. You have to see it to understand just how precarious it looks. 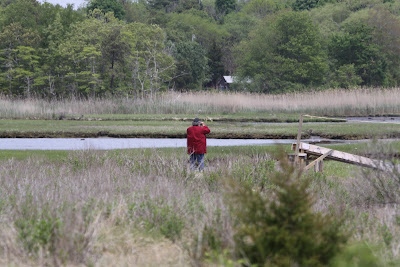 On our scouting trip a week earlier we had a pair of Gadwall in the back of the pond...certainly a nice find in this area for the atlas. 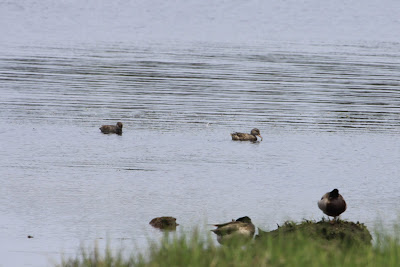 At the end of Little Bay Rd. in Fairhaven is another hiking/bike path and nice overlook of Little Bay. Here we found Blue-winged Warbler, along with Wood Thrush, Wood Pewees and even an Ovenbird. 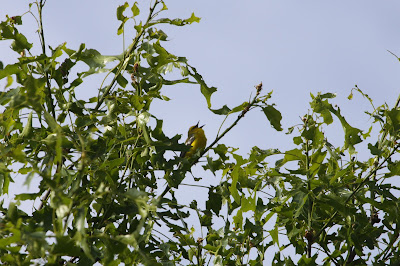 We also had Orchard Oriole nest-building here.....and confirmed a Willow Flycatcher on territory. 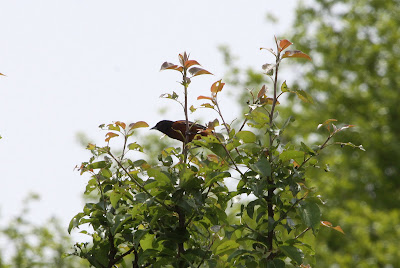 And while not as numerous as in Westport or Acoaxet, there certainly is lots of evidence of Osprey breeding in both blocks that we did. 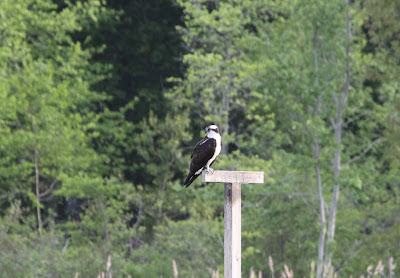 All in we end of putting a total of 23 hours into Marion 3 and ended up with a total of 79 species, with 56 either probable or confirmed. We still have a little more to do in Marion 6 (which is a partial block) but feel good about contributing sightings to Bristol and Plymouth counties.

Next block busting trip is scheduled for Beartown State Forest near Great Barrington in Berkshire County.