We had our last "official" class trip on Saturday, May 1st, and we covered Rutland State Park and the ACE area around Barre Falls Dam. Since migration seemed to have started a little early we hoped to find some early warblers and still catch some hawk migration at the overlook by the dam. We had 62 species for the morning-only trip, including 11 species of warblers....and it seemed that song was happening wherever we stopped. A great early spring trip! 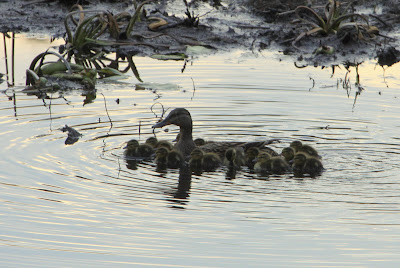 We met near the entrance of Coldbrook Rd.; however our first birding stop was at Muddy Pond right off Rt. 122 where we had a very early clutch of baby Mallards. Judging by the size of the group it must have been a case of egg dumping of simply the female caring for two broods. 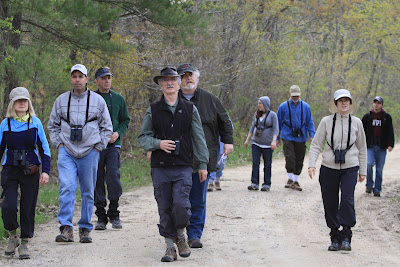 We drove all of the open dirt roads in the park and stopped wherever we heard groups of birds to get out and walk the area. It seemed that Blue-headed Vireo were everywhere....we had a total of 46 for the morning! You would think with that many birds and the foliage not totally out, I'd be able to get some better bird photos, but these early birds seem to want to lite for 2 seconds, grab a bug (of which there were many) and move on. 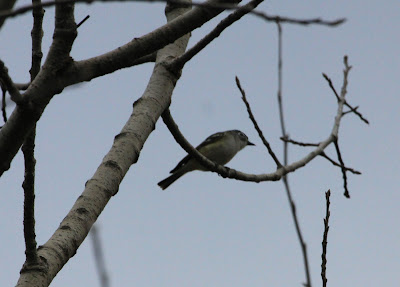 Chestnut-sided Warblers had just started to put in when we were there.... 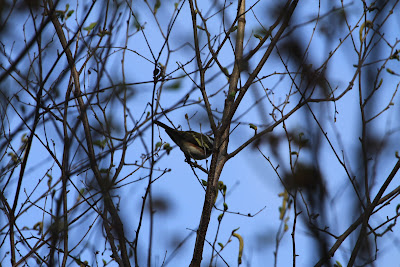 and their early spring plumage was so nice and sharp looking. 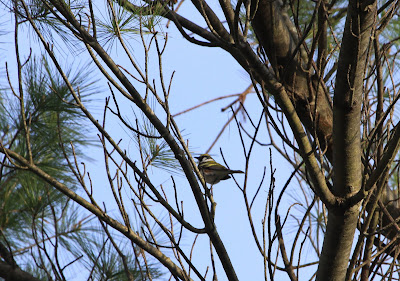 Near the dam we found the Raven's out looking for food, so we're assuming they have a nest of young, hungry birds to feed. 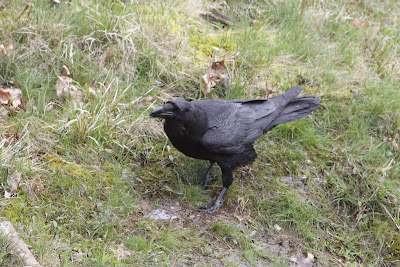 By the end of the month they will all be fledged, but still hanging around and the young are sometimes very intent on following the parents still begging for food. Always fun to watch in this size bird. 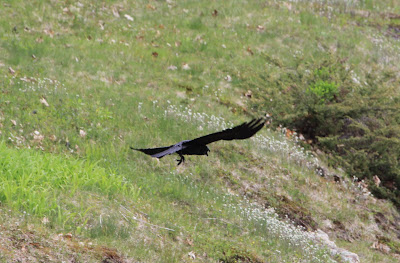 Along Whitehall Road (just before it meets Pine Plain Rd.) we stopped to check out the marshy bog right along the road. 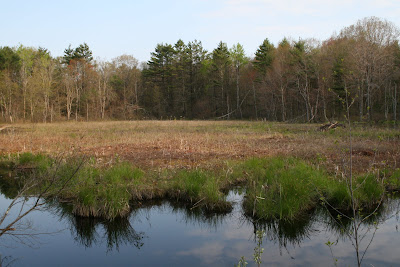 Still a bit early to see blooming Pitcher Plants, but Mark was hoping to find Arethusa bulbosa also call Swamp Pink or Dragon's Mouth. It's an early-blooming orchid and is found in our area, but we've never seen one so it's one of our most-sought-after flowers. We have a few brief moments of excitement when Mark spotted some pink flowers in and among the bog plants... 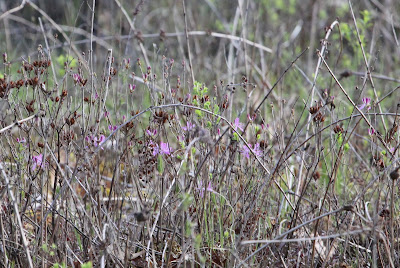 but it turned out to be Pinxter Flower, or Rhodora, which is not nearly as rare or exciting, but still pretty in early spring. 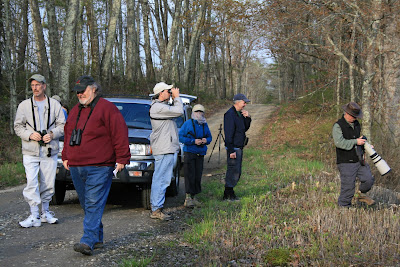 I think Mark was a bit disappointed and decided to turn back his full attention to birding! 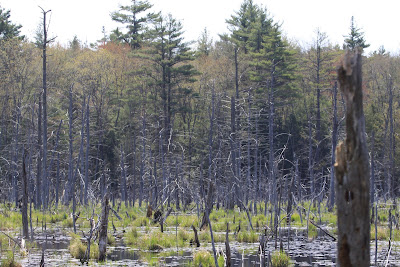 We stopped at the hidden marsh along Coldbrook before you get to Ruben Walker, but it appears that the Great Blue Heron rookery has moved. We did have 3 or 4 birds flying over earlier in the morning, but never found the new rookery. We also had a great flyover of 4 Glossy Ibis. 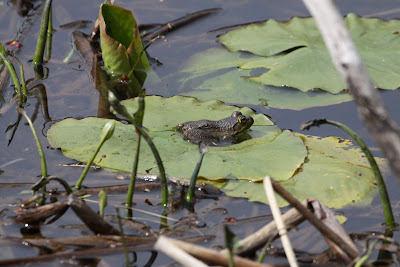 Along Ruben Walker Rd. we stopped at what we call the "Bridled Shiner" pond to saw the class Bridled Shiner of course. These are tiny fish that we found several years ago in this little pond and they a species of special concern in Massachusetts. We've been able to document the fish; although I really don't know what good that does these days. 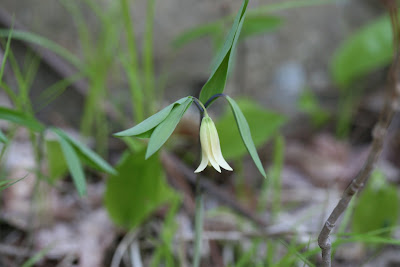 After doing some hawk-watching at the Barre Falls dam (along with Bart Kamp and his usual group of Worcester County hawkwatchers) we headed back down Coldbrook Road to pick up the cars we had left. One of the plants to watch for in the April to June time frame is Wild Oats -- also known by it's snazzier name: Sessile Bellwort. 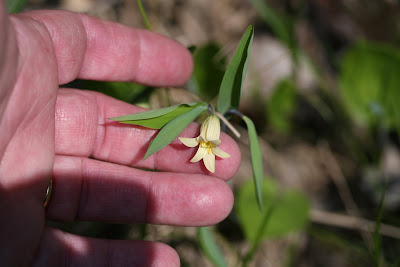 This delicate little flower is a member of the Lily family. It's not an uncommon wildflower, but I like to find it just so I can tell everyone that they're look at "Sessile Bellwort"! 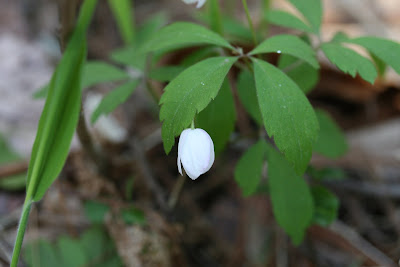 We missed most of the Bloodroot that blooms early in the park, but the Wood Anemones were everywhere along the sides of the road. 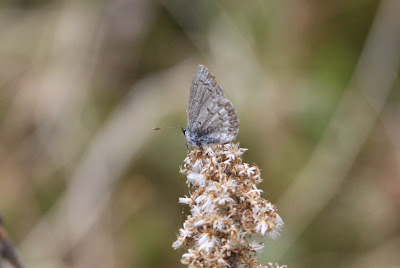 And as the morning warmed a bit, we had nice flights of Spring Azures in the grassy fields.
All in all a very pleasant trip on which to end the class....now on to serious atlasing!
Enjoy......Sheila
Posted by Sheila Carroll at 4:05 PM