We had a nice morning class trip to the Brookfields as part of Mark's IBA class. We started at Lake Quabog hoping for waterfowl. 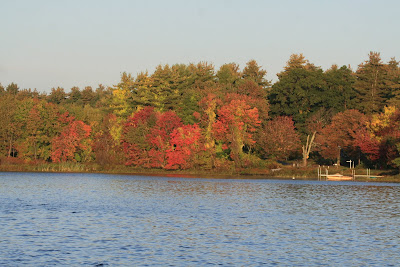 And although it was quite chilly, we did have a small group of Ruddy Duck (11), along with a Pied-billed Grebe and 2 immature Bald Eagles. The foliage was definitely getting close to "peak" and that, along with an Osprey, made for a beautiful fall morning stop. 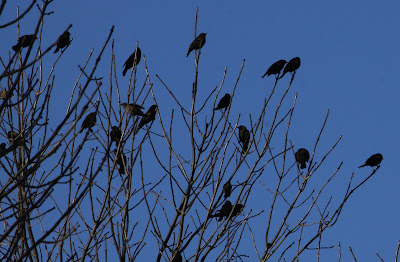 We then headed to South Pond (aka Lake Quacumquasit) and had a number of blackbird flocks putting up in the trees along the road bordering the WMA. Our total of Red-wings for the day was above 3,500! 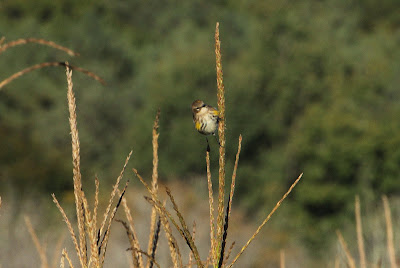 The corn was still standing so it was next to impossible to hike in the area, although there were numbers of sparrows and Yellow-rumped Warblers flitting through the area. We only had 3 species of warblers for the trip....with Yellow-rumped Warbler coming in just north of 250. This one decided to come in for a close look at me.... 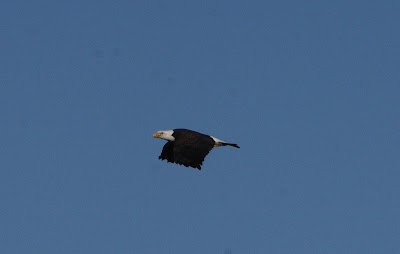 ....that was until the adult Bald Eagle flew right over the area, and then everything ducked for cover! 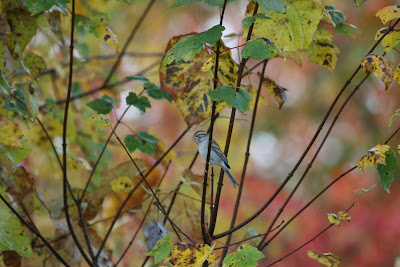 We moved onto the WMA which was mowed and walked in to find lots of sparrows there as well. The Chipping, Swamp, White-throated, Lincoln and Song Sparrows made up the variety. And we did have a few Rusty Blackbirds moving through as well. 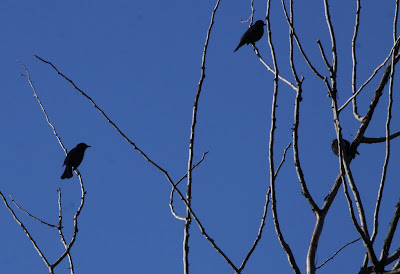 We hit all the various ponds in the Brookfields, but we didn't come upon any flocks of ducks to speak of . Our best bird was probably an American Bittern at Coy's Brook.....although only the taller members of the class got any looks at all, since the scopes were all set at heights that made it challenging for us wee folk to get a good look. 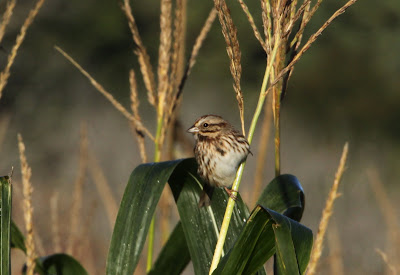 We continued our loop and finally hit the Mass Audubon property at Elm Hill where we again had great numbers of the common sparrows. The Song Sparrow (above) and Swamp Sparrow (below) were especially responsive to my spishing! 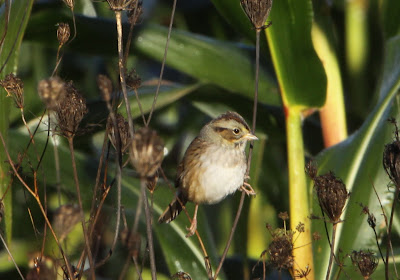 It was a classic fall day in Worcester County.....and we ended with 72 species. 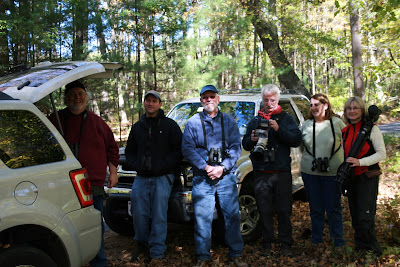 We had 9 species of waterfowl (counting Mute Swan), 9 species of hawks (not counting Turkey Vulture) and 8 species of sparrows.....a nice variety of other common birds rounded out our list.