On Saturday Mark & I traveled to the Berkshires to visit Tyringham in the fall. We were scheduled to do this as a class trip, but, unfortunately, not enough class members were up for the trek to the Berks.....so we decided to go and spend a wonderful day there ourselves. 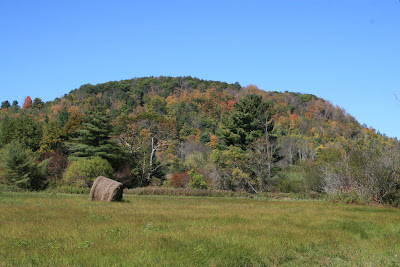 We knew we wanted to check the weedy fields along Meadow Road first thing in the morning for unusual sparrows and warblers. 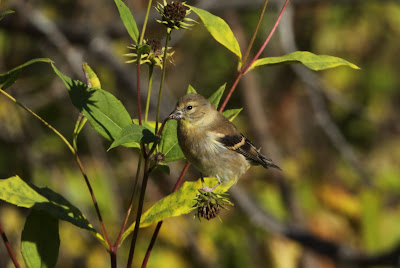 We also had Goldfinch families feeding on the weeds, and once they decided we weren't going to interrupt them, they just fed right in front of us. 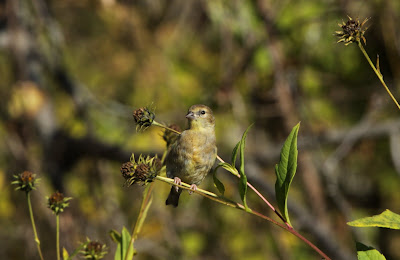 The most numerous warbler was the Palm Warbler.... 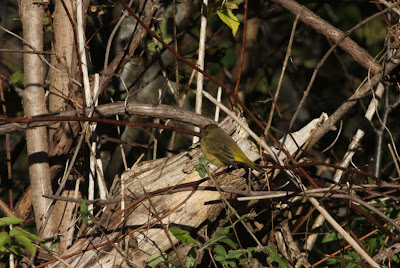 and all of the ones we saw were the yellow (Eastern) population. We didn't have even one of the browner/duller Western population. 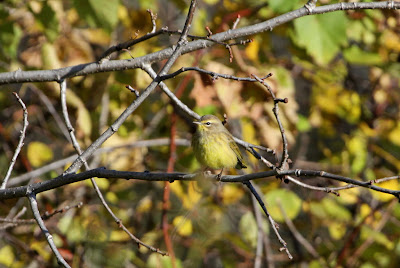 Even the Ruby-crowned Kinglets were enjoying feasting on the seed pods of the all the weeds. 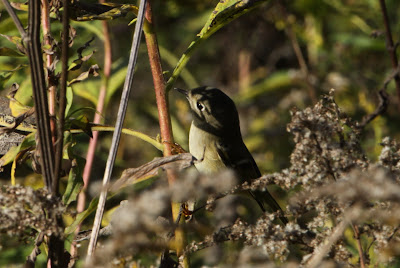 The sparrows just seemed to pop up and then vanish right before our eyes. It was quite cool so once the sun started to warm things up a little, a few of the birds decided to take advantage of the solar heating....like this Song Sparrow. 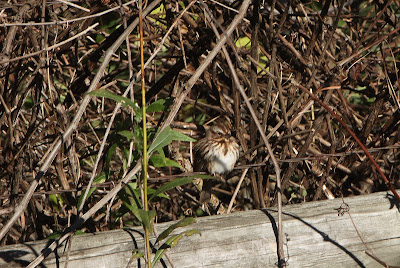 We had several Lincoln's and even one Nelson's Sharp-tail, along with the more numerous Song, Swamp, Savannah, White-throats and even quite a few White-crowned Sparrows. Most of the White-crowns were immatures like the one below, but we did have one beautiful adult put up for a few seconds and then fly off. 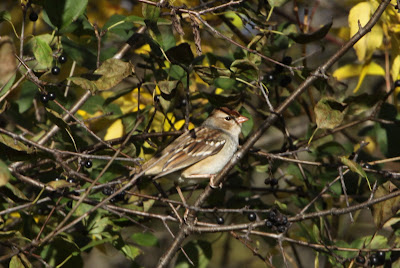 We wandered up and down both sides of the Tyringham Valley getting small pockets of warblers and sparrows....but we didn't have anything ultra-rare.

As it got warmer we had a few hearty butterflies....like this Cabbage White feeding on a still-blooming piece of clover. And we had a few Monarchs still trying to make their way south. One of our usual stops is the Tyringham Cemetery where we had a good group of Chipping Sparrows, along with another handful of Palms.

There are often Bluebirds over the back fields behind the cemetery and we made our regular stop at Jean Brown's gravesite to get a good overview of the fields across the valley. 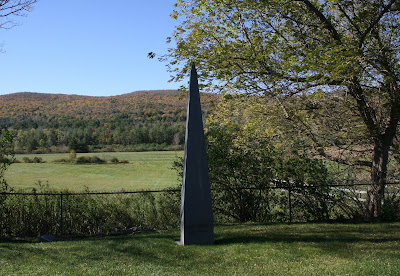 You may remember from a post last year that Jean Brown was a huge collector of Dada and Surrealism materials and her grave is a tribute to a sculpture by Man Ray. 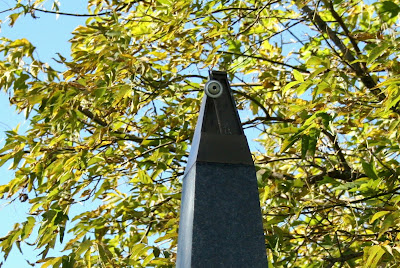 There's just something about that eyeball on a crisp fall morning..... 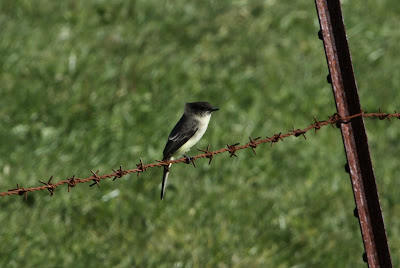 As the sun warmed up, the winds picked up a bit....so much so that this Eastern Phoebe had a little Becard-like thing going on with the feathers on the back of his head. 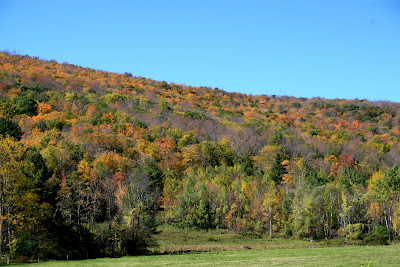 Having criss-crossed the valley we ended back on Meadow Road, but most of the sparrows from earlier in the day had vanished in the wind or were just so far out that we decided to call it a day and head back to Worcester. We spent the last 30 minutes or so watching hawks from Meadow Road. We had a very strangely-plumaged 2nd year Bald Eagle, along with a handful of Red-tails, Sharpies and Turkey Vultures.

Also a pleasure to visit this area and just sorry that we couldn't show it to the class....but there's always next time.