While the April showers have opened up many small ponds, we were totally surprised to find this group of what looks like GOLDFISH in a small pond in a cemetery in Rutland. They were literally everywhere..... 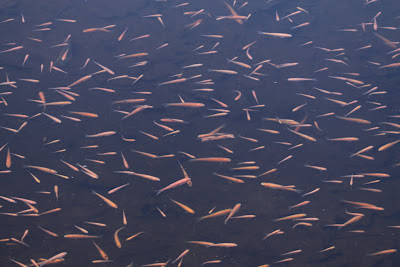 As we arrived in Westport on Saturday morning, we were concerned with the huge fire out on one of the Elizabeth Islands; hopefully, it was an early spring controlled burn. 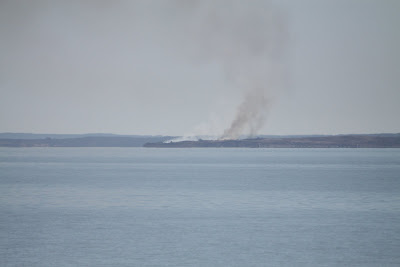 And we got our first Great Egrets of the season along the river in Acoaxet. 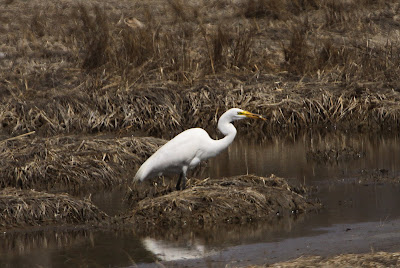 At the overlook we didn't have much, but this Horseshoe Crab shell up in a hedge row tells a lot about the winds, water and spring weather right along the coast. This was certainly a long-lived guy judging by the size of the shell. 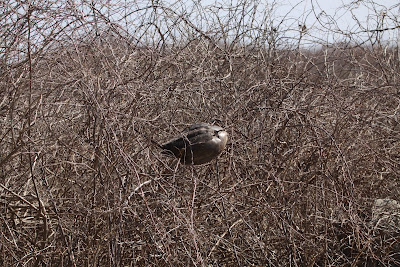 We didn't have a lot of landbird migrants right along the coast, but we did have good numbers of Red-necked Grebes right offshore. 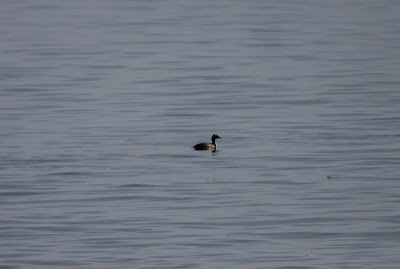 Driving back up to Worcester along Rt. 146 we saw our first hawks of the day -- this pair of Sharp-shins spent about 15 minutes doing a very showy flight right over the road in Sutton. We had to pull of so we could get the full effect. 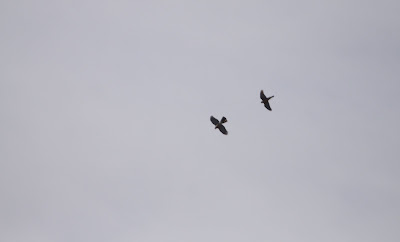 They were acting more like a mated pair on territory than true migrants. It was fascinating to watch how their flight profile changed in the windy. At times they didn't even look like the same species! 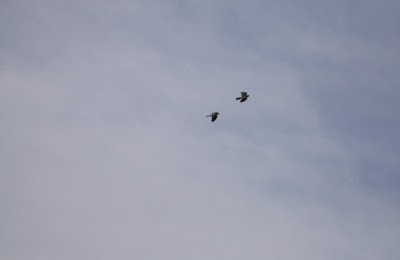 One of the birds actually zipped quite close after a dive and we got some fairly good looks. 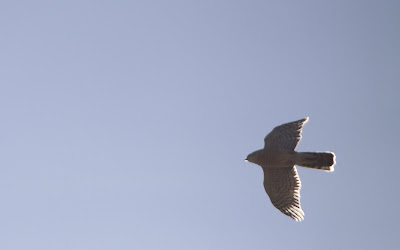 On Sunday morning we decided to get up very, very early (even for us) and head out to do some owning inside Quabbin. We were excited since we had found a Screech Owl in the fall in one of our atlas blocks and wanted to see if we could get the species in "safe dates". Alas we were denied. In fact when we got to Quabbin, we found a sign on the gate saying we couldn't drive in. So after checking several gates (same sign) and even trying Rutland State Park (gates closed!) we head back to Worcester and decided to go out again around 6:30 or 7.

Glad we made that choice, since as we pulled in the driveway we saw the "neighborhood" fox trotting through our yard. Now realize, we live right in the city, so seeing a fox in our backyard is always exciting. We've even started to leave little morsels of food for her so she doesn't have to cross too many streets to get food for her young. 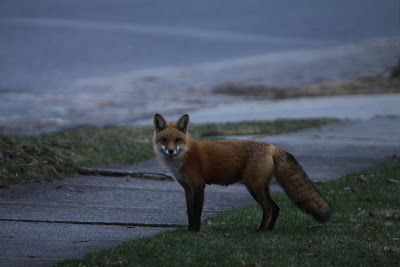 We also found that a pair of Red-tailed Hawks had set up their nest in the same tree as last year across the street in our neighbor's backyard. Wow, animals are certainly getting good at adapting to urban environments.

With these two sightings erasing our earlier disappointment with owling, we decided to head out to the Spencer-Brookfield area and see what other signs of early spring we could find. 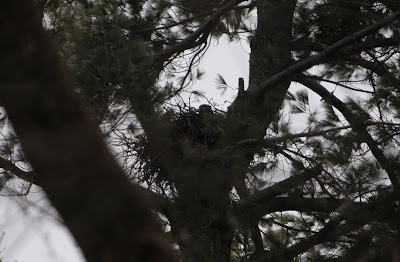 The Song Sparrows were in full spring song as we left... 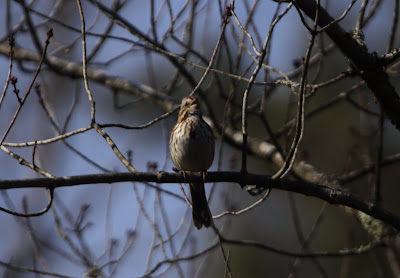 At Ceramic Pond in Spencer we found a lovely pair of Wood Duck checking out suitable nesting habitat. 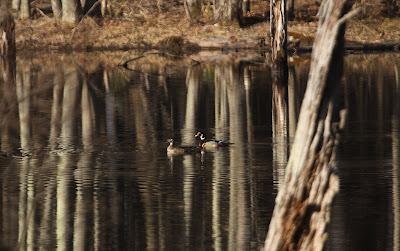 And an incredibly cooperative Pine Warbler singing his little heart out. 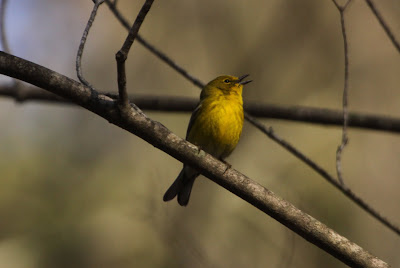 We decided to swing down to Sturbridge and check on the Great Blue Heron rookery right along Rt. 20 (which had about 11-12 nest in various stages of occupancy). 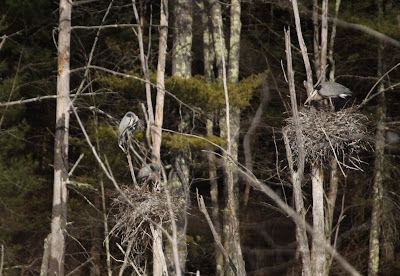 And the pair of Osprey were definitely nest-building as well. 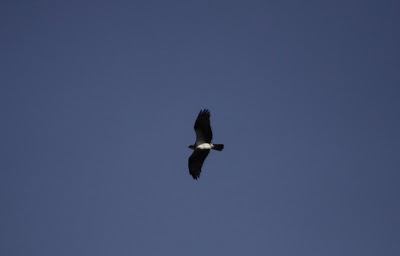 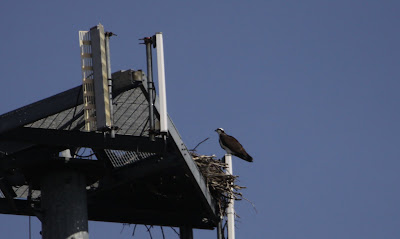 Finding Killdeer on the nest already was a wonderful bonus; although I do worry about the nest location in the gravel on an access road to the microwave tower. 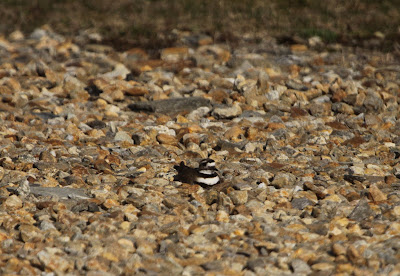 Swinging back up through the Brookfields, we found a distant Red-necked Grebe on Wickabog. And, of course, any stop at Wickabog means a drive-by my favorite horse farm to check on the progress of the new foals. 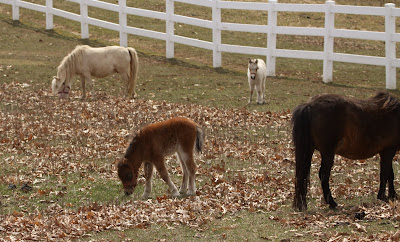 My check on the miniature horses means Mark must check on the pigs down the road. And in the early spring sun, this one certainly seemed contented! 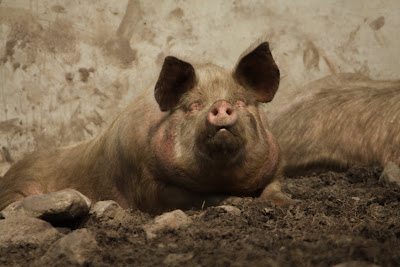 So we headed back to Worcester content ourselves that spring had finally arrived!

Posted by Sheila Carroll at 5:18 AM