We spent a foggy Sunday morning in Westport and Acoaxet...hoping the fog that was hugging the shore would lift. It was fun to photograph in the fog, though. Even this Herring Gull at the boat ramp at Gooseberry Neck looked exotic shrouded in gloom. 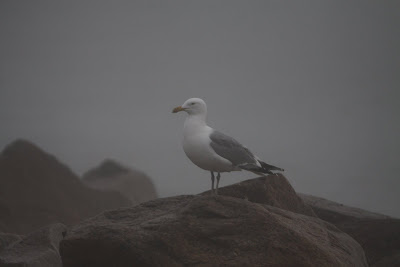 Traveling along the shore road we found two Greater Yellowlegs in the small pool across the street from Westport Town Beach. These were our first real migrant shorebirds of the year. Of course, I realize that Killdeer do migrate, but somehow when I see a migrant non-breeder at the ocean I experience shorebird migration differently. 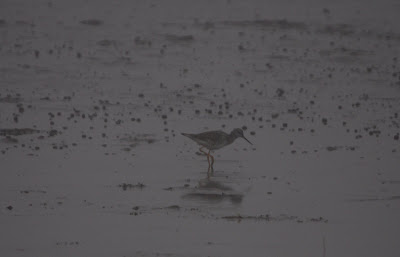 As we pulled into the beach park right at the corner, we were greeted by a Northern Mockingbird going through a full repertoire of spring song. I actually snapped this photo as the bird was doing his Killdeer rendition! 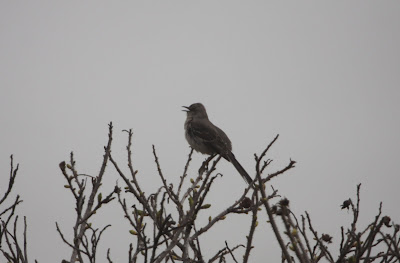 We checked down Fisherville Lane (the side road across from Mysti Brook farm) hoping for our first Black & White warbler, but it was a bit quiet. With the morning fog still holding close, the Usnea looking especially fluffy. 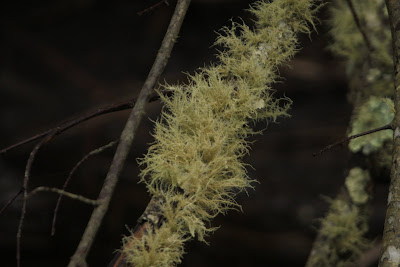 While we didn't get the B&W, we did have our first Great Crested Flycatcher....although the foggy conditions didn't allow for his colorful plumage to be truly appreciated. 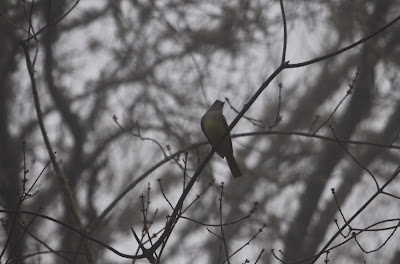 We decided to cut across Horseneck Road and head out towards Demarest Lloyd state park to check down some of the side roads for an early White-eyed Vireo. At the little pond at the dip in the road right after making the turn, we had this beautiful Great Egret in full breeding plumage. Just the color around his eye made the trip worthwhile! 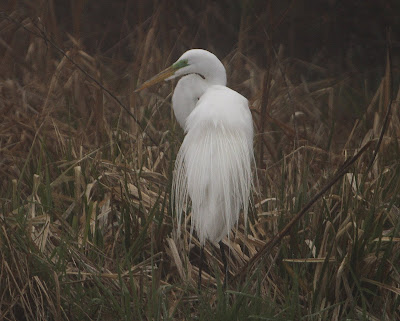 We didn't get the vireo, but we had our first raptors of the morning, with this Red-tailed Hawk trying to get dry from the damp, foggy start to his day. 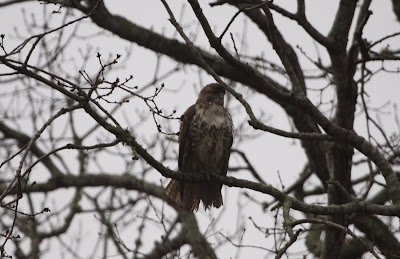 Since it seemed to be clearing a little, we headed over to Acoaxet hoping there was finally better visibility right along the coast. At the end of River Road we realized that the coast wasn't going to be our best bet for visibility still. 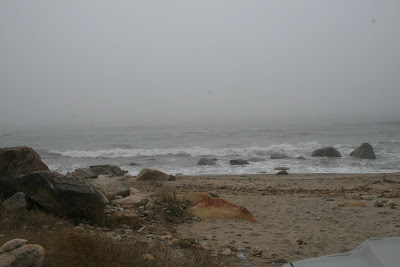 Although at the overlook near Richmond Pond we did get a Harlequin Duck even in the foggy conditions. 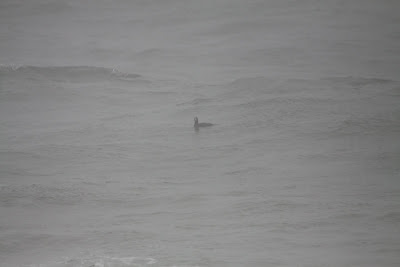 Just 1/4 mile inland, though, the clearing was happening. These Marsh Marigolds along Brayton Point Road were our first of the year. 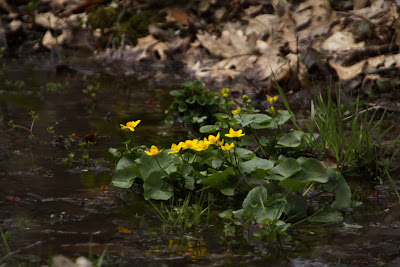 And we had Yellow Warbler near the herring run. 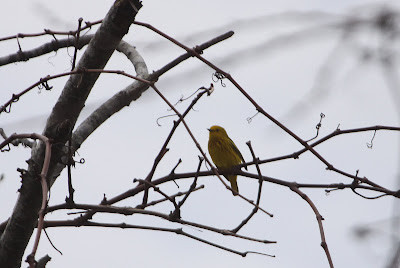 The birds seemed to be feeding in the bushes all along the side roads. I was intrigued by these "pussy willows" which were in that in-between stage after their pussy willow phase. 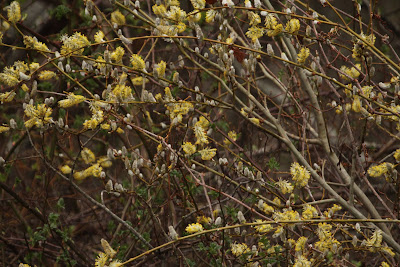 And we finally had a singing White-crowned Sparrow as well. 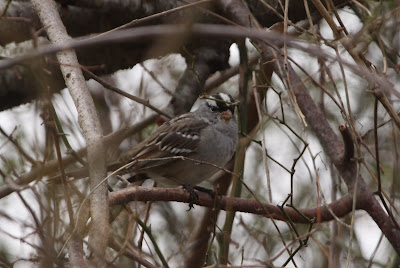 As we left the area we stopped in the boat launch area near the Back Eddy restaurant and had some nice Common Eider, along with another Greater Yellowlegs -- this one more striking without the fog. 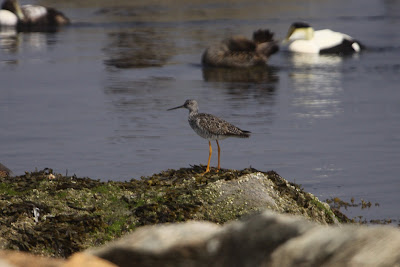 We headed back to Worcester after a lovely Easter morning in the area -- both the fog and the holiday kept a lot of people off the roads. Very relaxing....and just what we needed before heading off to an Easter visit four energetic (but totally delightful) grandchildren.

Posted by Sheila Carroll at 6:19 PM