Getting ready to head out to the Berkshires, this is what greeted us at Dunkin Donuts -- a large number of Ring-billed Gulls (and 1 Herring Gull) fighting over pizza at 5:30 a.m.! 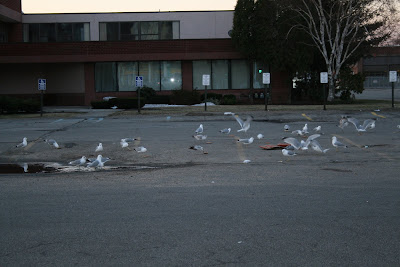 You can see that having a number tag clearly didn't prevent this guy from getting his fair share. So we picked up our donuts and jumped on the Pike heading west to visit the Tyringham, Monterey, New Marlborough areas. 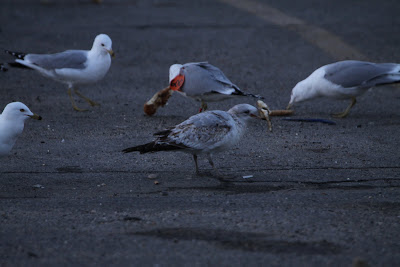 We stopped at Lake Garfield in Monterey to check on the geese that were in the pond -- some of which was still ice covered. For the next 15 minutes we were treated to the antics of two Otters running along the edge of the ice and causing all sorts of consternation for the geese. 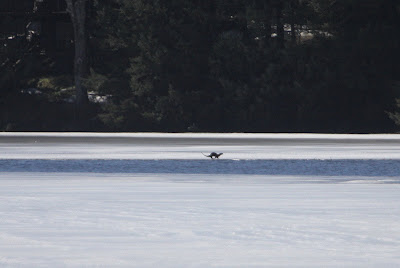 I really got to appreciate just how active these members of the weasel family are. They actually reminded me of our new 10-month old kitten, Molly. Definitely into everything! 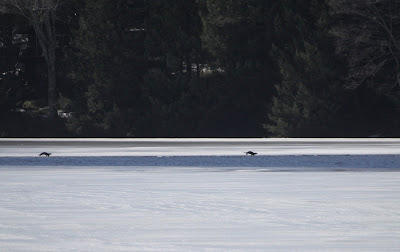 The open water was a mixture...some areas were still partially frozen (like Lake Garfield above) while others already had pairs of Wood Duck moving through the brush. 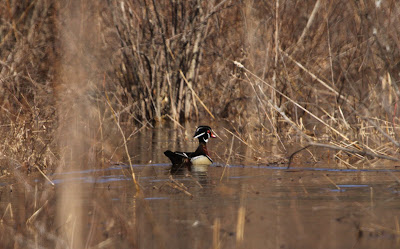 We had Tree Swallows in a few locations; although only the males were back. 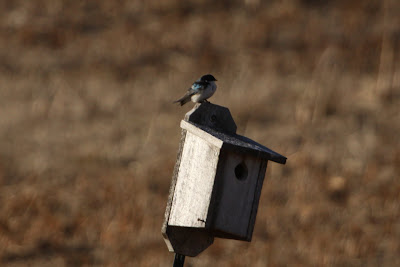 It will probably be another few weeks before the first females arrive. 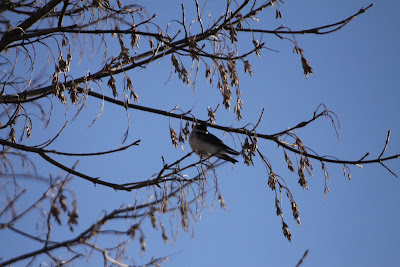 And in New Marlborough we found one of Mark's favorite animals. I really think if we lived somewhere where we could keep farms animals Mark would have a goat and I'd have a miniature horse. 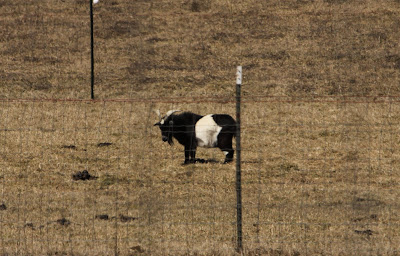 Our major reason for going out to the blocks we did last year, though, was to see if the Sandhill Cranes had returned to their regular nesting spot. 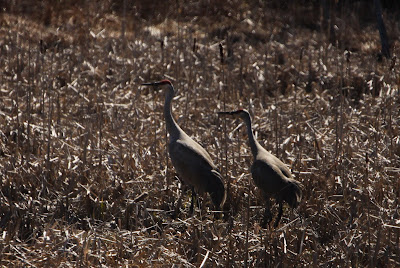 And we weren't disappointed. Both the male and female were in the same marsh where they've bred for the last 4 or 5 years. Although I did hear that they were unsuccessful raising any young last year. Hopefully this year will be a better outcome for them. 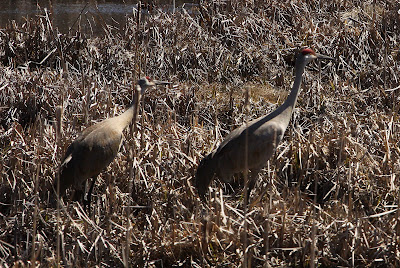 On our way back to the Pike, we stopped in Great Barrington at one of my favorite stores. Asia Barong Antiques on Rt. 7 (near the K-Mark shopping plaza). 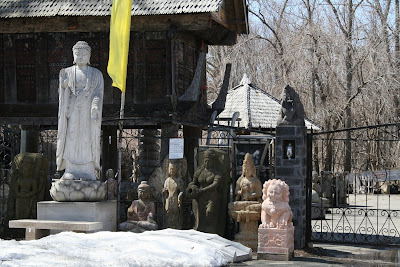 We often wonder what the neighbors would say if we put a giant Buddha on our front lawn. Oh well we had to settle for another Ganesh.