On Saturday, March 26th, we had a fun morning trip to Quabbin with some friends. It's always fun to take people who have a little interest in birding and show them all the possibilities fairly close to their own backyards. When you're looking through the eyes or a newer birder you get to rediscover all the excitement all over again. A female Eastern Bluebird on a sign with a beautiful male nearby really is pretty awesome! 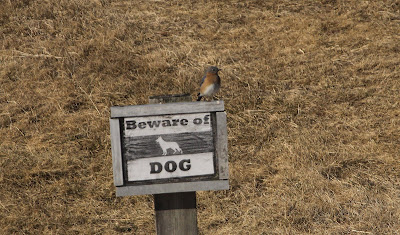 While I never tire of spring Killdeer, this was one of two birds running around the fish hatchery in Belchertown. Unfortunately, we had hoped to be able to show some close eagles, but they weren't there on this particular morning. 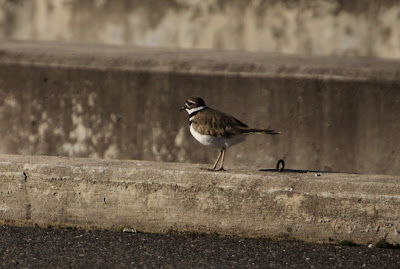 Also at the hatchery was a Belted Kingfisher who put on a fabulous show calling and circling around our small group several times before perching in a tree allowing good looks....and we had a Phoebe as well! 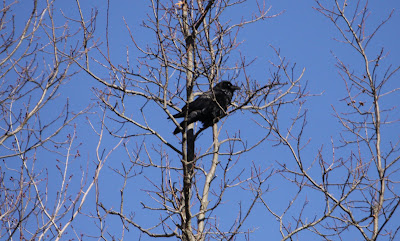 Besides the Bald Eagles on the far off nest from the Administration Building, we had tremendous looks (and vocalizations) from the nesting Ravens near the spillway. With a scope we could actually see one bird on the nest sitting very tight. 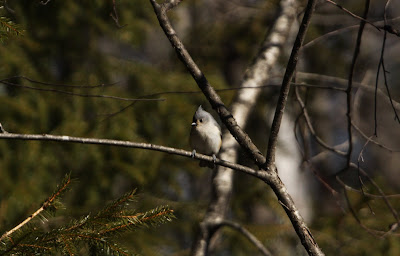 Definitely a highlight for our friends was visiting the old apple orchard just below the tower to "feed" the titmice and chickadees. 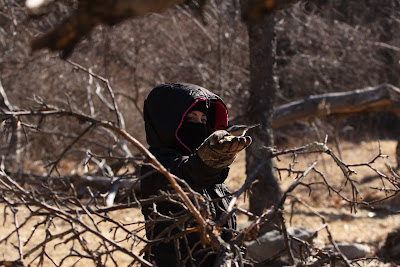 It was a cold and somewhat windy day, but Brenda was the first to get a chickadee land on her hand. 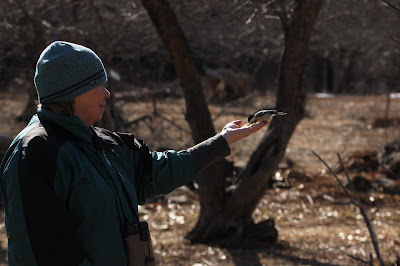 We weren't too sure since we didn't have any actual seed with us...but as Jan proves the crumbled up Ritz crackers seemed to work just fine. 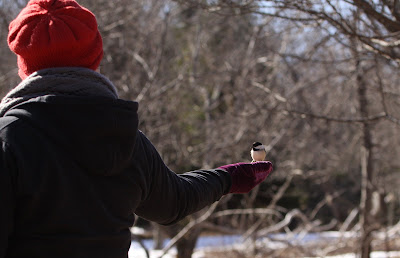 Melissa (along with the others) were totally in awe of these little things flitting in and out...even though Mark tried to tell them it wasn't anything magical, the birds had just been trained by consistent hand feeding. 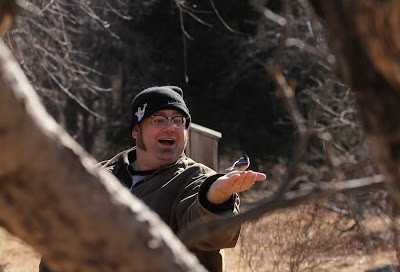 Jon was the last to try it, since he was convinced that the birds would be afraid of his height...and you can see the look of total amazement when a bold little chickadee landed the second he offered his handful of crackers. 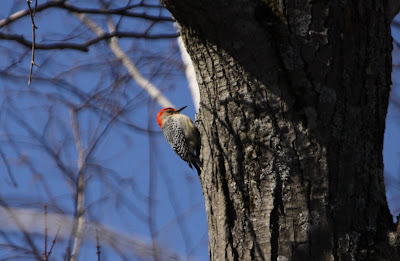 We also had a good number of Fox Sparrows and several very noisy Red-bellied Woodpeckers on the outskirts of the orchard. 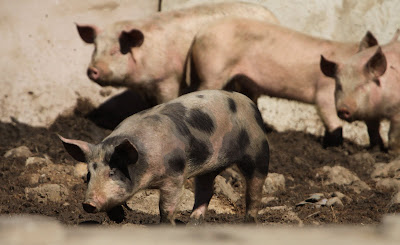 On the way back to Worcester we stopped to see the pregnant miniature horses (no new babies were out), but the young piglets were romping around in the sty about a mile further down Snow Road. A really fun morning with a great bunch of friends!