When I got up on Friday, April 1st, looking forward to the first weekend of April, you could say I was less than thrilled to look out at the feeders in the back yard and see someone's idea of an April Fool's day prank! WTF....this was supposed to be the month of April showers bringing May flowers and everything. 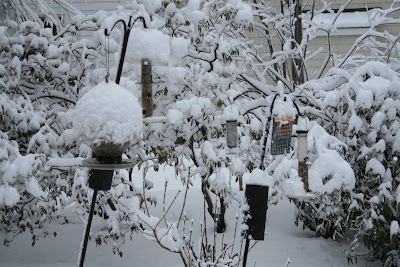 By Saturday morning it was clear this would melt away soon so we took a little trip out to Quabbin hoping there would be even less snow. And as this Robin in front of the Administration Building shows we made a good call. 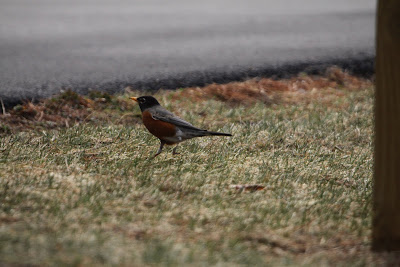 We had a pair of Cooper's Hawks calling on territory. At first I thought it was a Pileated Woodpecker since that call has fooled me more than once, but this little male stayed perched in the same tree for over 30 minutes....clearly ready to defend his territory. 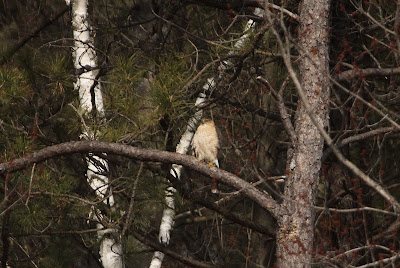 This was the most frozen I've seen the reservoir this late in the season, and Mark spoke with Dale Monette in the visitor's center and he said they weren't quite sure they were going to be able to open Quabbin on time for fishing boats. There were small soft spots starting to open up enough to let Common Mergansers hopscotch their way up north, but certainly not for boats to move around yet. 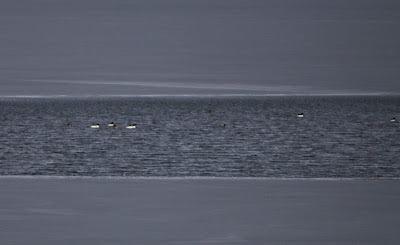 We had several Fox Sparrows, including a group of about 10 along a side road near the marsh on Rt. 9. 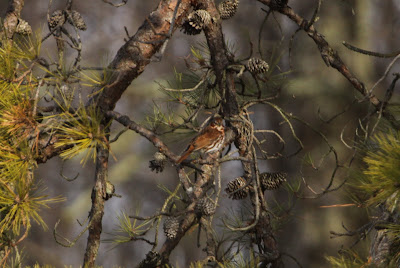 I love the rich warm reddish brown on these birds compared to the Song Sparrow. And when I'm lucky enough to hear them sing in the spring, it's always an extra bonus. 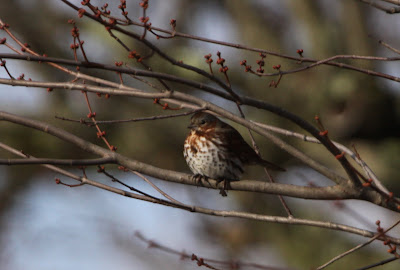 At the fish hatchery were were lucky enough to have an immature Bald Eagle perched right over one of the concrete sloughs. 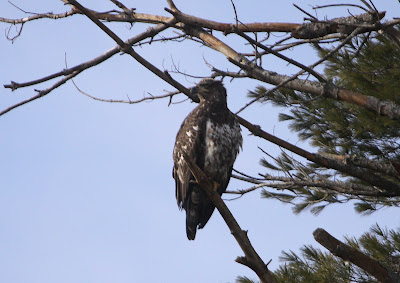 I slowly worked my way down to the end so that the sun wouldn't have the bird totally backlit. 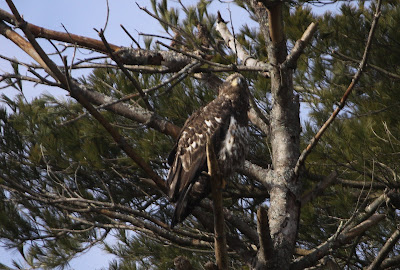 And while at one point he looked like he might take off, he actually stayed the entire time I walked down and back. This is definitely the closest I've ever gotten to a Bald Eagle in my life. All I could think of, though, was the previous weekend when we brought Melissa et al to Quabbin to see eagles and I wished this guy had been around then! 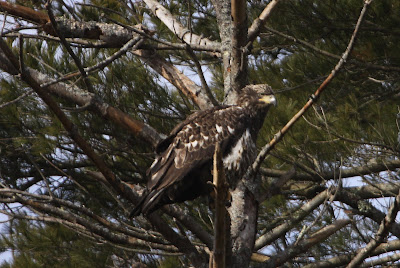 On the way home we stopped to check the Brookfield ponds and found our first turtle of the season out sunning itself at the back part of Lake Wickabog. 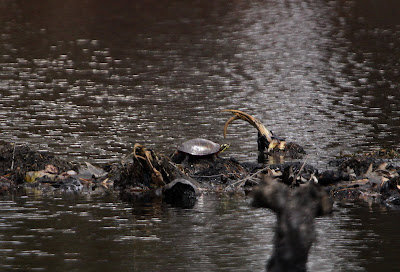 By the time we returned to Worcester in early afternoon, all the snow has melted away and we knew it really had been an April Fool's joke!
Enjoy......Sheila
Posted by Sheila Carroll at 6:42 PM