Since I took Monday (4/25) as a holiday from work, we decided to head out to Quabbin to see how migration was progressing inland. As we entered the park from the easternmost gate, we stopped along the road to listen to some Pine Warbler song. I noticed a number of Bluejays flying in and out of one tree and then I saw something moving near a squirrel's nest. It turned out to be a Fisher looking for his morning breakfast. By the time I got my camera ready, he was already zipping down the tree trunk and making a hasty retreat into the deeper woods. Never again will I wait to get my camera ready -- all I managed was one quick shot (somewhat blurry) as he sped away. Still a nice way to start the morning though. 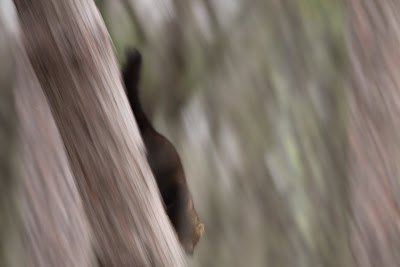 We came across a number of deer in south Quabbin -- all looking a little worse for wear from the winter. 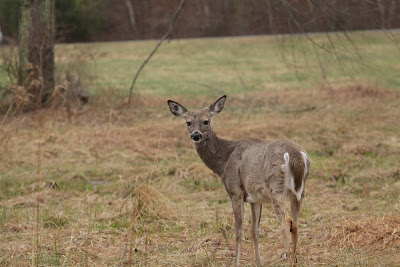 At the rotary near the road up to the tower, we had a flock of about 8 Flickers feeding on the ground. Most of the birds flew off, but this one bird definitely had some good food he was not prepared to leave.....so he allowed me to drive around the rotary twice snapping photos from different angles. 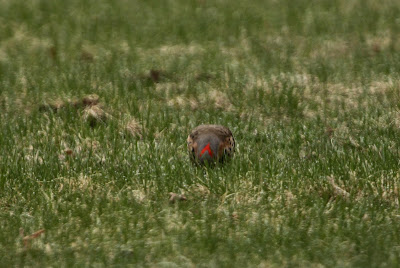 Even after checking the tower, he was still in the rotary as we passed back down. 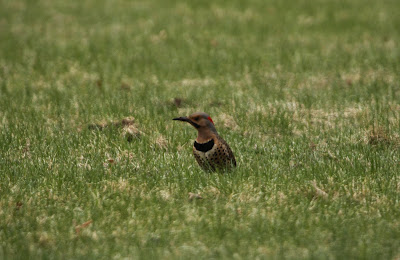 Near the Administration entrance we had a pair of Turkeys....with one male in full display. It was almost silly looking. I just can't understand why Fish & Wildlife allows hunting of this bird during it's breeding season. They are totally oblivious to everything around them when there's a female nearby -- it must be like shooting a pet at close range. Ridiculous!!! 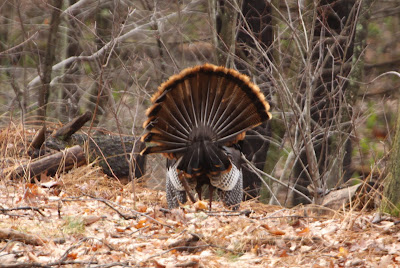 Other birds focusing on their spring breeding activity included this Red-bellied Woodpecker... 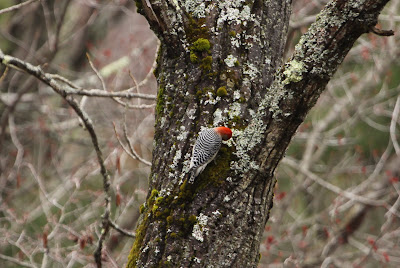 this pair of Common Mergansers in the river near the Fish Hatchery.... 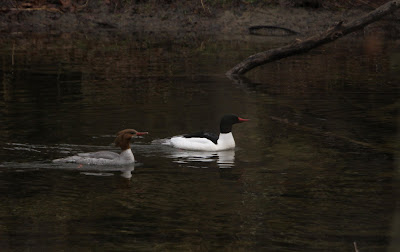 and this female Belted Kingfisher. 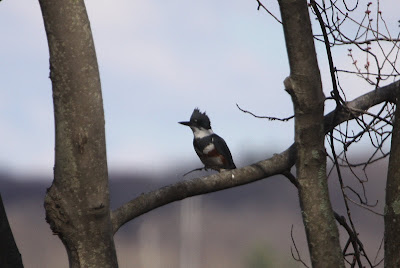 Red-winged Blackbirds and Grackles are all in full display at the marsh along Rt. 9 as well. I don't know whether it was the rough winter or my advancing age, but this spring I've definitely enjoyed every moment, every song, every chance to photograph nature. 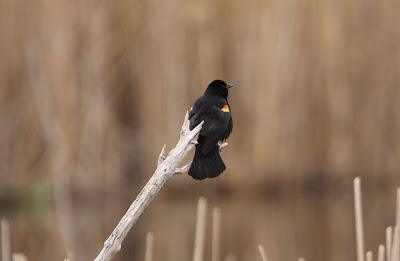 While at the Administration Building we ran into both Dave Small and Dale Monette. We were able to find out from Dave which roads were now drivable inside Quabbin and from Dale we learned that the Ravens along the powerlines in Gate 35 had young in the nest.

So we decided to head home via north Quabbin and check out Gate 35 area....at least along the first part of the road near the water. 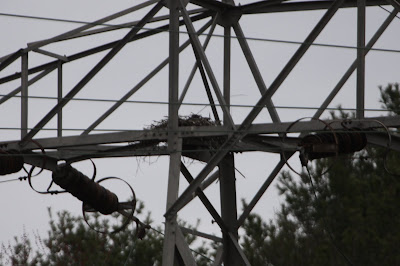 Sure enough when we approached the powerlines one of the adult Ravens flew off and we could see two young bobbing up and down in the nest -- another record for the Breeding Bird Atlas!

Following the old railroad bed along the water, we had 3 different adult Bald Eagles, including a pair on the nest on Hamilton Island. And we had lots of warblers moving along the trees at various points. 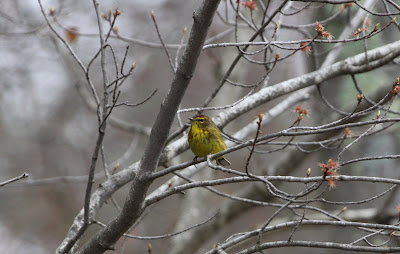 We could great looks at Palm Warblers foraging very low on both sides of the road. 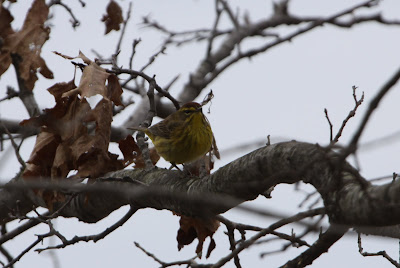 And Yellow-rumps seemed to be everywhere, along with Pine Warblers which didn't approach close enough for a good photo opportunity. Nevertheless, I was delighted with the spring Palms. 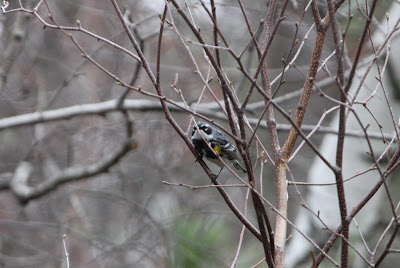 Early spring in Quabbin can be such an amazing thing......

Posted by Sheila Carroll at 7:21 PM