Finishing out the month of March with a pre-breeding bird atlas trip to check areas we could do for block busting in the Wareham / East Marion area. We tried various roads on Indian Neck and the best sighting we had was of this Star Wars Storm Trooper at the top of Bourne Hill Rd. 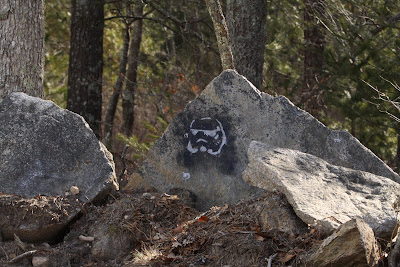 It was a little cold and windy, but the Chickadees were out in force... 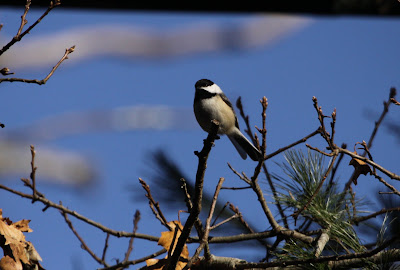 and the Downy Woodpeckers were definitely setting up territory. 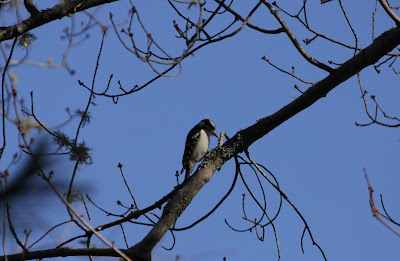 And it seemed like there were Song Sparrows in every bush and thicket! 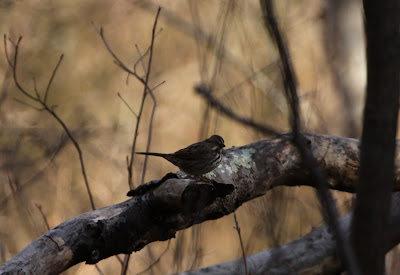 A real surprise were a number of adult Gannets at the mouth of the Wareham River from Swifts Beach. 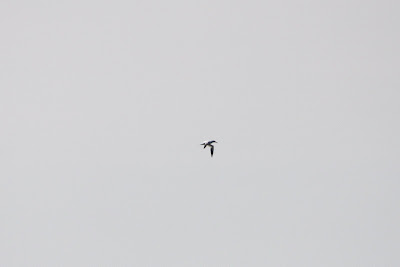 We even had several heading up the river itself! 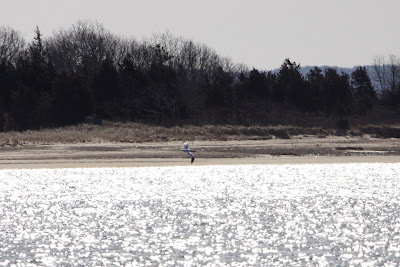 And from the tip of Sippican Neck we had great views of Bird Island where we saw more Gannets. Wished we had a tern or two to report, but it's way to early for those guys to show up yet. 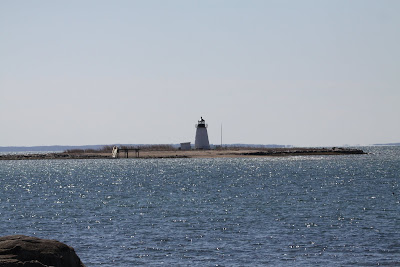 The Osprey's were back, though, and we had several active nests being worked on. One of the nicest birds we came across in our morning trip was this Red-Shouldered Hawk sitting at the edge of a Cranberry Bog right off Rt. 6. 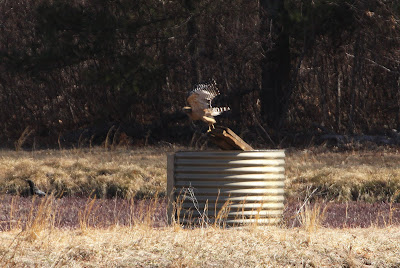 At first we thought it might be a Harrier, but as soon as we pulled over and got our bins on the bird, saw the coloration and the black & white "checkerboard" patterning, we knew it was a shoulder. 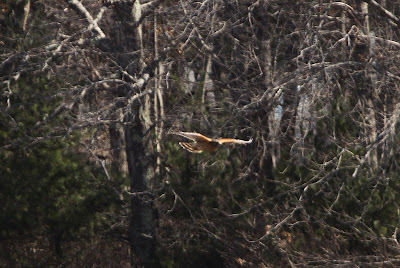 The bird flew into a dense thicket of trees nearby and we're assuming it's already got a nest underway. So we will definitely have to check back during our block busting trip in early June.

Things are certainly looking up for spring!