Mark had his first trip with his Spring Migration class this past weekend, and we kept it local. It was a morning trip only and we met at the Dunkin Donuts in Spencer so everyone could fuel up before heading off to Lake Quabog. We had a distant immature Bald Eagle, but haven't seen the previously-breeding adults for about a month now. Wondering if they moved to South Pond or elsewhere this season??? 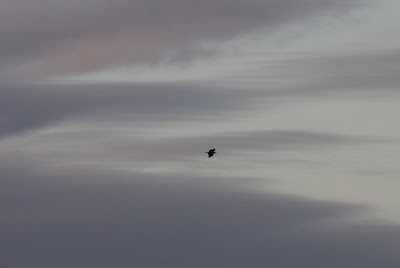 It was nice to hear the morning song as we hiked in the WMA adjacent to South Pond. We had nice looks at a pair of Yellow Warblers, towhees, nesting Canada Goose, Wood Duck, a lovely Swamp Sparrow and heard our first Blue-gray Gnatcatchers of the season. The gnatcatchers were stubborn though and we couldn't get them to come out in plain view for the class. We did have a small (3-4) migrating flock of Great Crested Flycatchers that everyone got looks at. 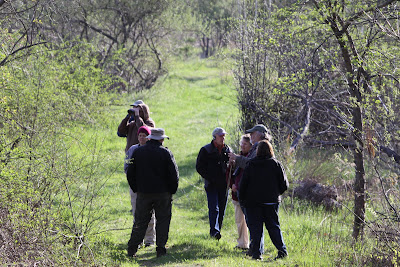 We headed off to see if the gates were open in Wells State Park yet, but the DCR told us they won't be opening up to the public until May 6th. So we walked along the dirt road to the powerlines instead and got our first Prairie Warbler singing. 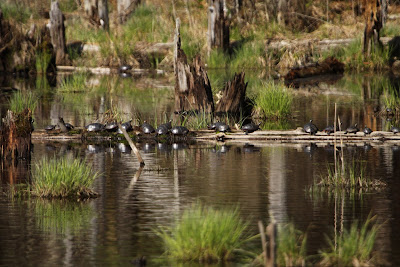 The dirt road runs right along the little pond that feeds into Walker Pond to the south. There is a trail that follows the powerlines to the west where you can get a good look at the heron rookery, but it was somewhat flooded and we plan to go back when the park is open and take the trail inside the park to get the same view.

The pond proved quite enjoyable with all the turtles out sunning themselves and our first green frog was looking very fresh in his spring colors. We also had a pair of Belted Kingfishers putting on a very noisy show. 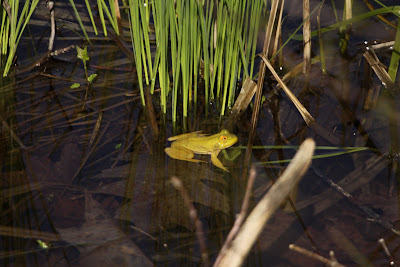 The Tree Swallows were starting to set up natural cavity nesting territories in all the dead stumps in the pond. The Pine Warblers were in full song and we had a Brown Creeper doing it's lovely spring song as well. 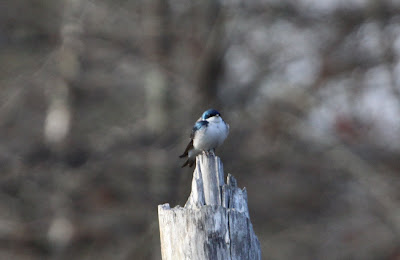 Since we were essentially in Sturbridge, we decided to stop in and check on the progress in that heron rookery. In a matter of one week everything had changed. 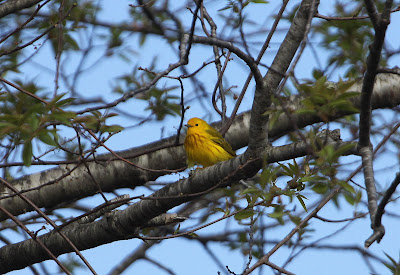 Warblers had moved in and there were Yellows everywhere. Tree Swallows were swooping in close to us as we tried counting all the active Great Blue Heron nests -- I had 14! It'll be totally chaotic in another few weeks when both parents are out catching food for the voracious young birds. 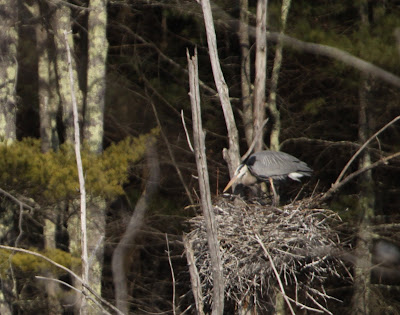 When we first arrived the Osprey nest looked deserted. However, one of the birds must have been tucked down since the mate flew in after about 10 minutes and perched right at the nest before he, too, disappeared. 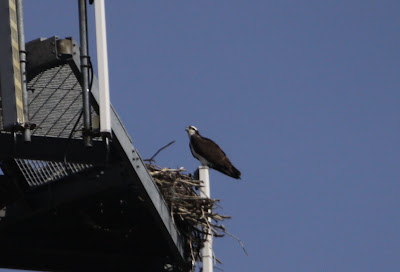 The Killdeer was sitting tight on a nest as well, so we left her alone so as not to flush her. 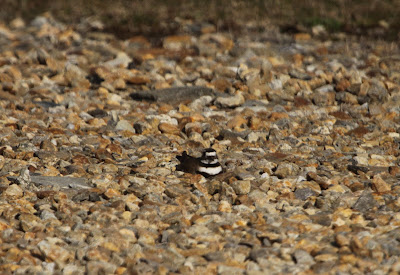 Everyone seemed to really be blown away by the amount of bird life going on right behind these industrial buildings and literally stuck between the Mass Pike and Rt. 20. It was a great stop to make with a class. 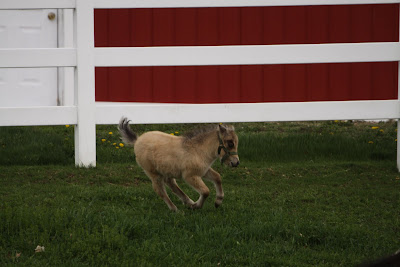 Of course hoping to repeat last year's class trip to the miniature horse farm where we watched a mare give birth right in front of us, we had to make a stop and check out the frisky foals. At this point Mark doesn't even try to stop me anymore, since he knows it's fruitless -- if we're in the area, I am going to stop!

While we didn't have the birth drama, everyone seemed to enjoy the 6 or 7 babies running around. In fact we had twins come right up to the fence with their mom and allow for some nuzzle rubbing.

Since we were pretty close to the noon hour, we headed back to Spence via Elm Hill Farm (which is a Mass Audubon sanctuary) and enjoyed some nice patches of Bloodroot in full bloom. 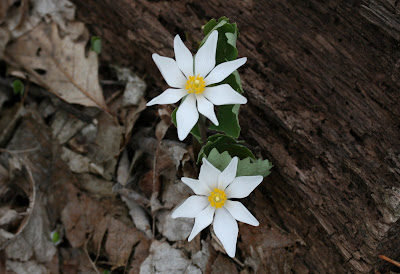 This member of the Poppy family gets it name from the orange color of the juice that runs out of its stem if broken. Since they don't bloom for very long, I can never bring myself to pick one or break a stem to see the orangey color myself. This is one of my favorite early spring flowers!

It was a great first class trip, with a total of 81 species for the morning -- not bad for inland. And the mix of birds was great. It's always such fun to pull a class together and have the first trip be such a hit. What a great way to end April. Thank you Spring!!!