We had our second class trip this past Saturday to south Quabbin, and spring migration was certainly on...not a huge day, but we did have good pockets of birds. 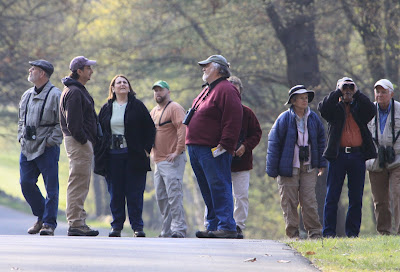 We started the morning at the administration building and the highlight was watching a pair of Chimney Swifts flying into the chimney on the building -- great way to the start the morning! After getting some good warblers in the trees at the far end of the parking lot, we high-tailed it to the spillway entrance. As soon as we entered from Rt. 9, we could hear birds all along the road. Near the powerlines we had a beautiful male Scarlet Tanager stay out long enough for everyone to see. 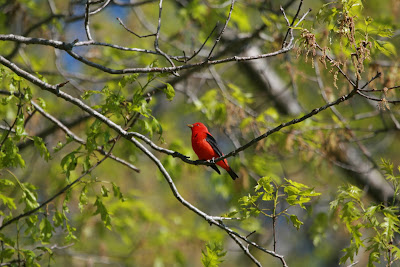 While we were checking on the Raven's nest at the spillway we noticed Bearberry blooming. Along with some warblers' songs, spring is the time when I have to relearn certain species of wildflowers. I always get this species confused with Wintergreen -- another creeping member of the Heath family with small bell-shaped flowers. 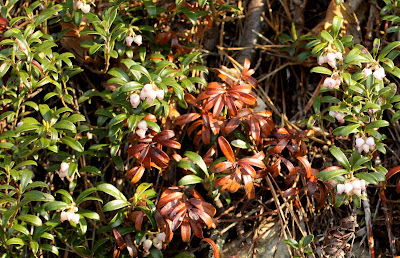 Of the 17 species of warbler we had for the morning, Prairies seemed to be moving through in little flocks. We had at least 3 or 4 near the spillway. 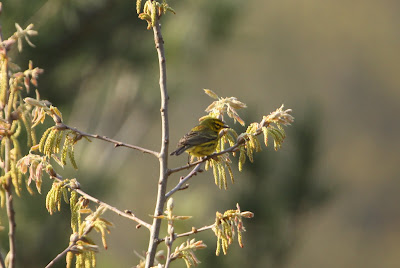 Although they were jumping around so quickly feeding it was a real challenge to get shots of these birds. 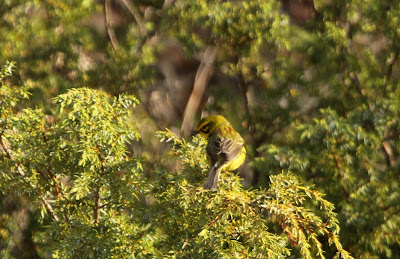 Although we checked the Raven's nest pretty carefully, it appears that the young birds have already fledged. So we started to head up the hill making a few stops along the way. The American Redstarts had moved in and were in full song. 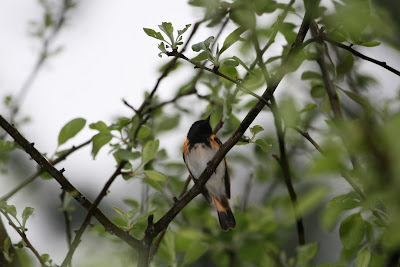 On our way up to the tower, we had a number of Yellow-throated Vireos and our first Least Flycatchers of the year -- both of which were terribly difficult to get good views.

At the Quabbin Tower we had more Prairies and this male Rufous-sided Towhee just singing his heart out. 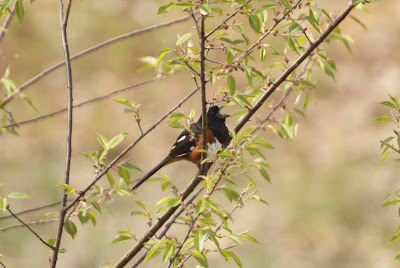 We ventured into the old apple orchard just below the tower and proceeded to attract the local chickadees and titmice who were more than happy to take handouts from Tom Mongeon, along with others in the group. 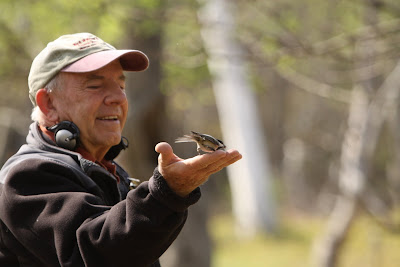 We left some seed for the little Red Squirrel as well.... 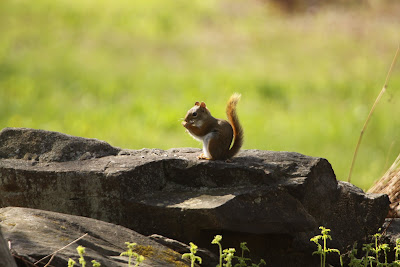 After spending a little bit of time at the Enfield Lookout we move down the east side to the old blueberry patch. These days that's known as Hanks Meadow and while the class birded along the road I ventured off in search of thrushes. In years past I've been lucky to find some near the old foundation about 25 yards up the gated road. But not this time. 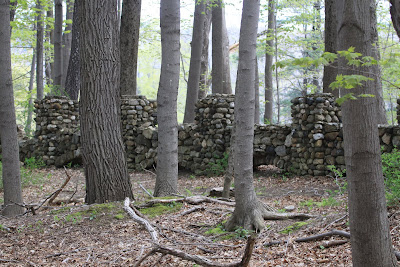 We did, however, have our first butterflies of the day -- two American Ladies flitted from dandelion to dandelion right alongside the road. Just look at that intricate "cobwebbing" on the underwing. 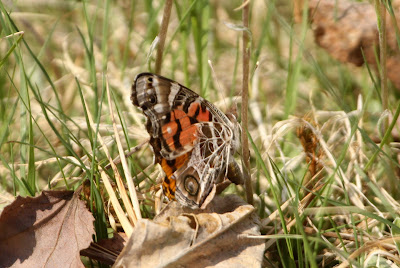 Probably our most unusual sighting of the morning was of a young woman doing a nude photo shoot at the water's edge. I know this probably isn't a permitted activity in Quabbin, but since we were a group of 10 people with binoculars we decided it was better to just move along.

We did have a possible Orange-crowned Warbler there; but everyone got such brief looks at it we decided to play it safe so it went down as "unidentified" warbler. 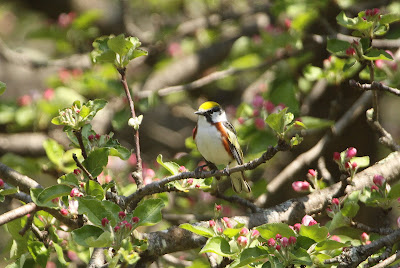 We left Quabbin Park after a nice stop for Chestnut-side and Blue-winged Warblers at the powerlines near that last apple tree before leaving the easternmost gate. We also had some Raven's there, but it was hard to tell if they were the family from the spillway.

After a quick (but uneventful) stop at the marsh along Rt. 9 we stopped at the fish hatchery to get Killdeer for the morning and arrived back at the administration building just in time for folks to break out their lunch and end the trip just a minute or two before noon. We had 90 species for the morning...... 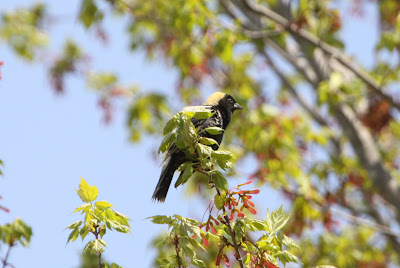 and that doesn't count the Bobolink Mark & I got when we stopped by the fields near the miniature horse farm on the way home. Another really nice morning for this class!