Checking out Fairhaven - May 1st

We spent a wonderful Sunday checking out stops in Mattapoisett and Fairhaven where will plan to bring a class trip in a few weeks. At the end of Sconticut Neck Road we had breeding gulls and Double-crested Cormorants already on nests at Angelica Rock. 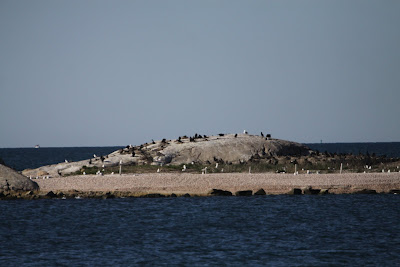 And we had a a fat and very fluffy-locking raccoon hunting along the edge of the marsh at the conservation area and bike path off Little Bay Road. There were Yellow Warblers, Towhees and male Baltimore Orioles in the area, but in a few weeks we hope to find the breeding Orchard Orioles and the Willow Flycatchers. 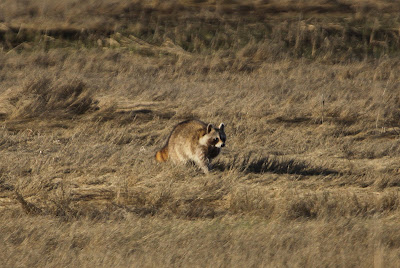 Red-winged Blackbirds were displaying as the females are coming back in force now and they want to protect the prime territory they had staked out several weeks earlier. 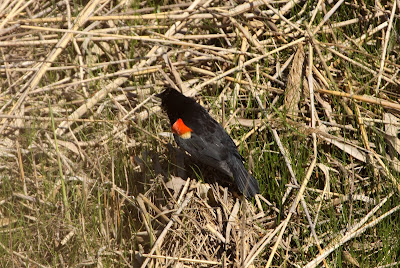 Fairhaven has a wonderful bike path and along the thickets there were male Yellow Warblers zipping after other males who had wandered into "their" thicket. 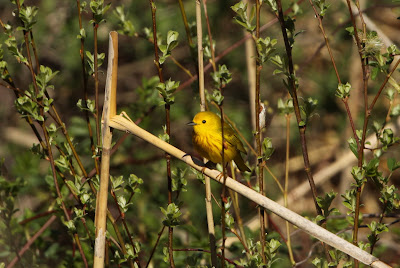 And we had a small flock of Cedar Waxwings along the same section of the bike path. These birds seem to stay in small flocks until much later in the season when they get very quiet and pair up. 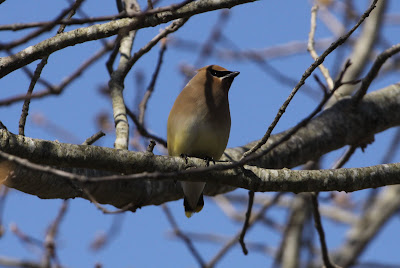 At the end of Brandt Island Road in Mattapoisett we had some great close looks at a pair of Willets. It's so nice to see them in their rich warm brown breeding color vs. the plain grey color I always associated with their fall migration. 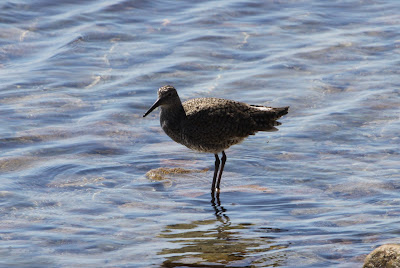 Usually I get a fuzzy shot of their bold wing pattern in flight, but this Willet decided to show me the pattern without making me work for it! 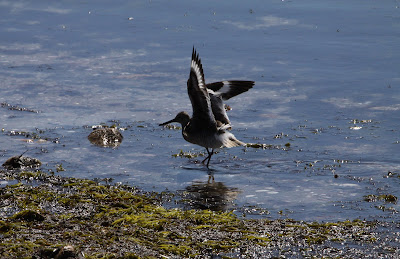 It was also nice to see a Red-breasted Merganser standing out of the water on a spit of land so you could get the jiz of the bird rather than just it's back as it sails away.... 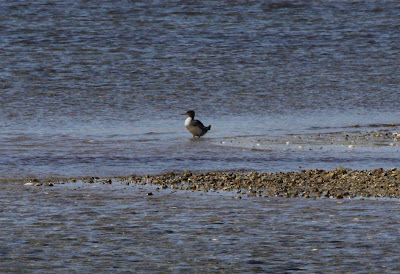 But the highlight of the trip for me was to get my first tern of the season! 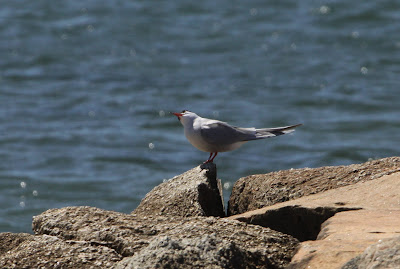 We had one tired-looking Common Tern sitting on a rock. I know that in a few weeks when we're back with the class we'll have many more, and probably Roseate Terns as well....but for today it was time to celebrate this one little Common Tern who had just arrived back from who-knows-where. 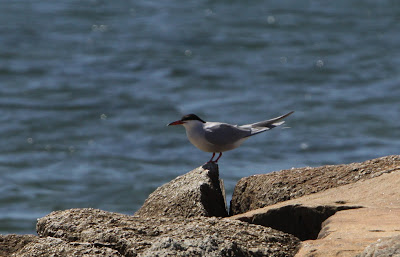 At the Herring Run we stopped to check on warblers, but instead we found a pair of White-breasted Nuthatch already tending a nest. We saw both male and female at one point, so it's hard to know whether they are still building the nest, just about to lay eggs, or actually feeding young already. 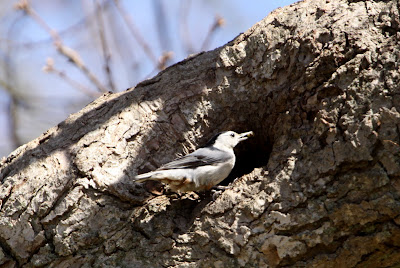 Can't wait to bring Mark's spring migration class to this location in a few weeks and see what's happening then!

Posted by Sheila Carroll at 6:41 AM