We recently led our annual Spring Birding Trip to the Decordova Sculpture Park and Museum in Lincoln....one of my favorite museums. This was the first time, however, that we had to compete with a bike race that was gathering at the same time and in the same spot. Normally that wouldn't worry me at all, but it did put a dent in that all-important time first thing in the morning when the birds are most vocal. Although I'm sure it caused some of the birds to move out of the immediate area, you certainly wouldn't haven known it by the Baltimore Orioles (like this first year male) who were singing up a storm. 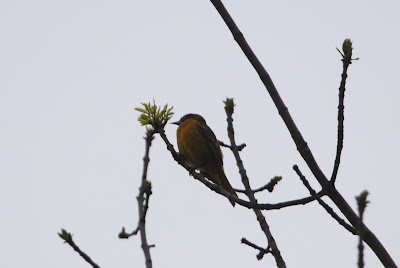 Right along the wetlands someone had put up a series of colorful bird houses? Our wonderful docent, Noni, wasn't quite sure where they had come from.....and there was nothing to tell us it was part of an exhibition....so I'm guessing they're just birdhouses! 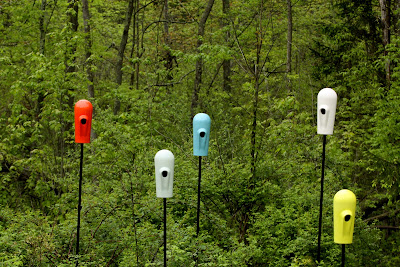 At least the House Wren who was trying to attract a mate to the area with his song thought so. 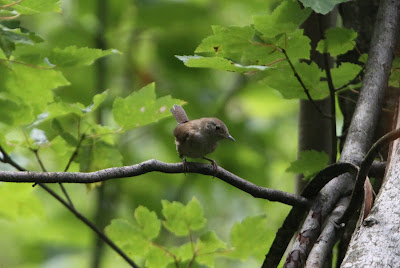 It was great to again see one of my favorite pieces, Boaz Vaadia Ammi'el. It's always fun to see how this piece changes in the different seasons -- the backdrop of spring foliage was enchanting. 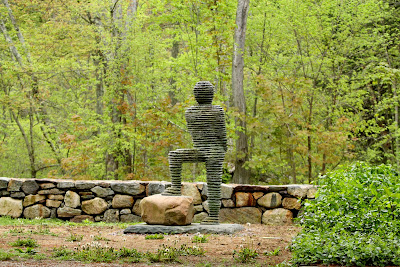 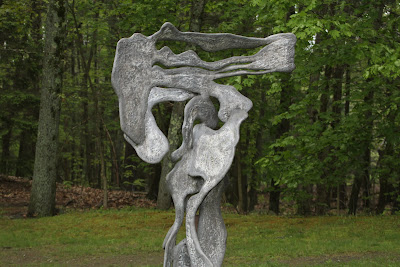 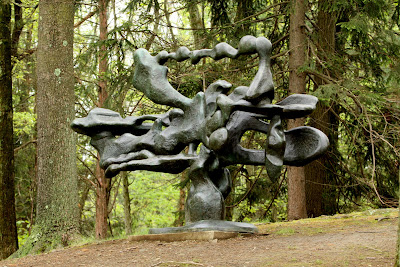 when we heard a Scarlet Tanager fairly close (but high up) in the trees nearby. After much searching we were able to show the entire group this beautiful bird moving around in the upper canopy of trees. 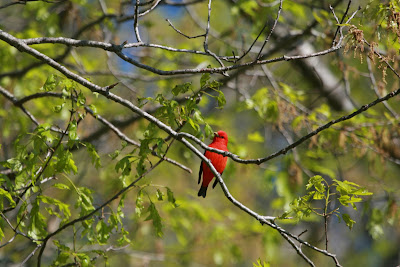 Once satisfied with looks at this bird, we move on to Tom Chapin's Manna (which looked beautiful in the morning light) 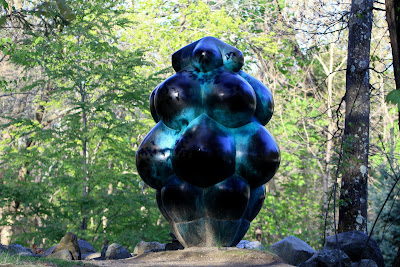 and then to my favorite piece -- Jim Dine's Two Big Black Hearts. Since I know this piece is technically "on loan" to the Decordova, I'm always relieved to see it still there. For me this is one of the signature pieces of this museum, and I fear for the day when I come into the sculpture park and find another piece in its place. I just love at this art surprises me every time I look at it....first from farther away and then how it changes when you get close up. 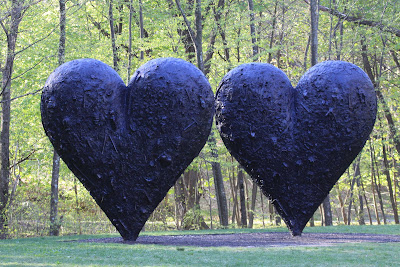 We had a great group on the tour and they seemed as interested as we were in both the birds and the art -- and enjoyed the banter that always take place between Mark and Noni on one of these trips -- this time in front of Douglas Kornfeld's Ozymandias. Last fall when we did this trip, we had a chipmunk who had taken up residence underneath the sculpture, but we didn't see him this year. 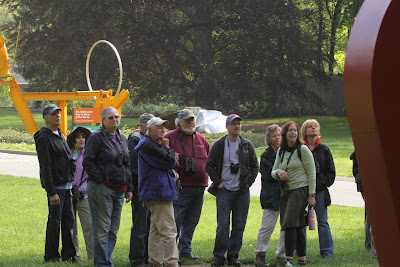 One of the new pieces we saw was Roy Lichtenstein's Five Brushstrokes. I do admit that it wasn't one of my favorites -- it seemed sort of flat for a sculpture. But I'm sure the name recognition alone will be good for the park. 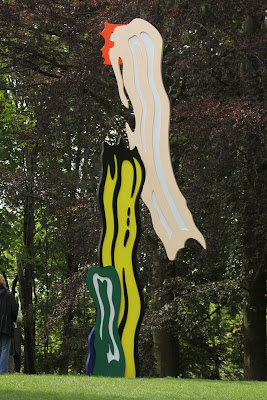 Since the trip was scheduled for just two hours (to coincide with morning bird song) we only did the lower level of pieces and ended up near Ilan Averbuch Skirts and Pants (after Duchamp). 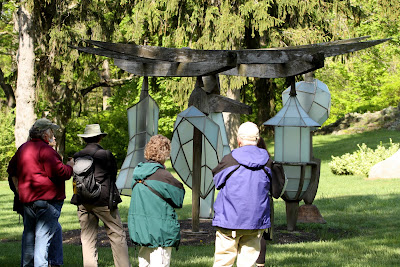 On the way back to the cars some of us wandered through Ron Rudnicki's Rain Gates and came upon a pair of Catbirds bathing. 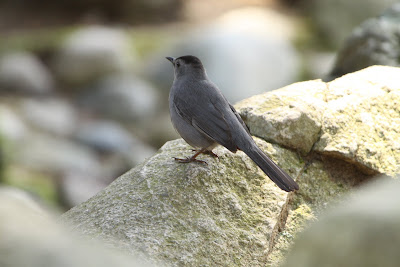 After most folks dispersed, Mark & I moved around Sandy Pond Road to the water department building parking lot and found this Eastern Kingbird sitting on the bow of a boat waiting either taking a break from nest building or watching guard over a nearby nest. We also had a Spotted Sandpiper which obviously nests along one of the rocky pieces of shoreline on the pond. 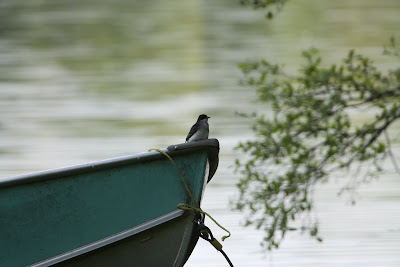 We had a great trip and ended up with 44 species for the morning. While it wasn't a stellar trip from a birding viewpoint, it's always enjoyable to combine birding with the spectacular art on view at the Decordova.

Even if you can't make one of our birding/art trips to this place, you should get out there on your own....you'll love it!