Our final trip of Mark's Spring Migration class for MAS Broad Meadow Brook was held on the Saturday of the long Memorial Day weekend. We travelled out to the southern Berkshires to try a route through Beartown State Forest and back through the Tyringham Valley. 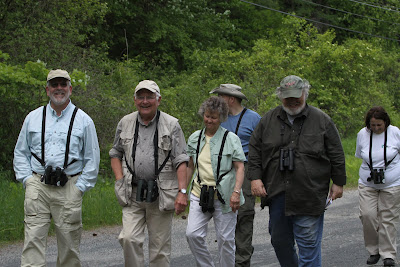 After meeting right off the Turnpike in Lee, we proceeded directly to the entrance of the state park off Pine Street and Beartown Mountain Road. Within 5 minutes we had our first Louisiana Waterthrush and upon entering the state park boundary we stopped to try and get looks at a fairly close singing Overnbird. This can be such a hard bird to see, until after he's flown. His song can be so ventrilocal! Amazingly, with just a little spishing, this bird flew in and perched so that everyone got good looks at him. 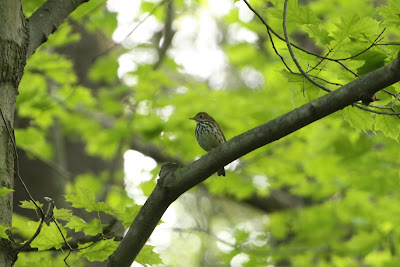 We stopped and checked various other singing birds and at the first brook crossing near Mt. Wilcox Road we spent some time listening to Alder Flycatchers and watching the territorial fights taking place between 2 or 3 pairs of Chestnut-sided Warblers. 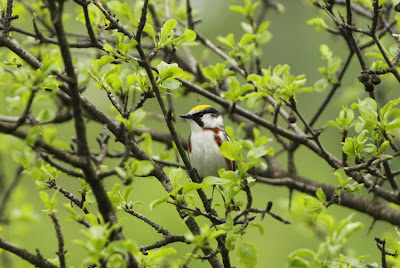 We also had okay looks at Blackburnians along the road as well. They always perch rather high, so my photos tend to show the underbelly and maybe the throat. 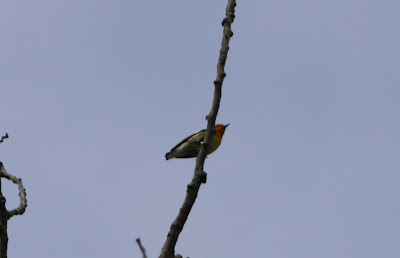 This was a new area for everyone on the trip, and even though it was Memorial Day Weekend, we didn't run into any dirt bikes and it looked as though the park still wasn't in full swing.

So we had time and space to stop and check out even the more common birds, like this male Common Yellowthroat who was singing his little heart out. 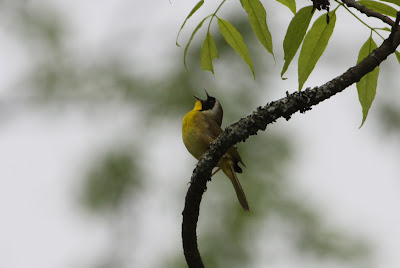 It's hard to be in a place like Beartown and not be distracted by all the flora and fauna of the area. Even this Pinxter seemed more exotic! 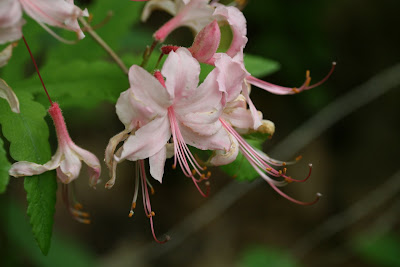 Taking the Mt. Wilcox Road loop we were amazed by the numbers of dragonflies on the road. Every time we stopped to check out a singing bird there were dozens of odonates flitting around. This female Common Whitetail graciously perched on a birch log so I could get a nice contracting photo. While their normal habitat is a variety of wetlands, they are known to stray very far from water foraging for food. 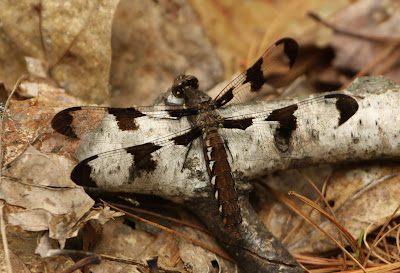 The same is true for the Chalk-fronted Corporal. 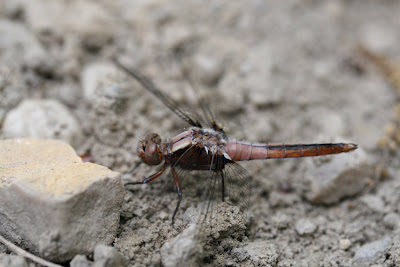 And the flowers couldn't be taken for granted either. This Columbine with it's exquisite color and unique flower shape can actually be fairly easy to overlook along the roadsides. 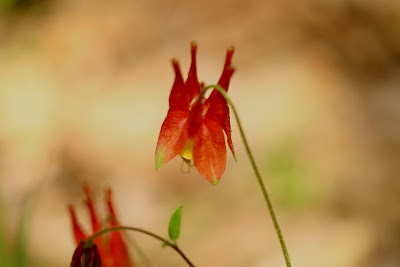 One of the always humbling facts about spending so much time out in nature, is for me to realize how much I DON'T KNOW. The best I could do with this little bug was to get it into the metallic wood-boring beetle family.....but from there I was stumped. 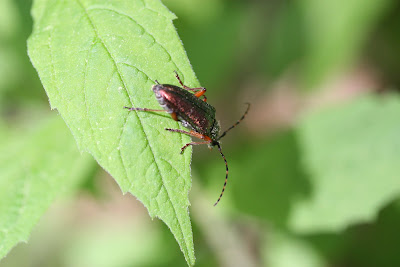 Doing the loop we stopped to try to spish in the one of the numerous Black-throated Blue Warblers, and we were obviously a little too close to this Red-eyed Vireo's nest....since he (or she) came in with a vengeance to see what the heck we were doing. 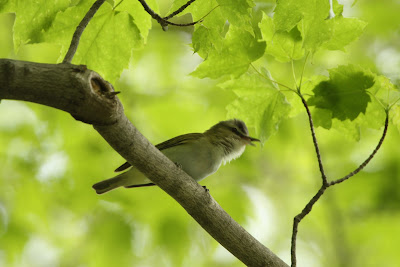 After coming out of Beartown in Monterey we headed back on the Tyringham Road to check out the valley. Of course we had spent the full morning in Beartown, so we realized that Tyringham would not necessarily be at its best in terms of bird song. Driving down one the roads that crosses the valley we came across some nice patches of Ragged Robin. Even when in full bloom this flower can look a little scraggily....the blooms remind me of a pink Witch Hazel! 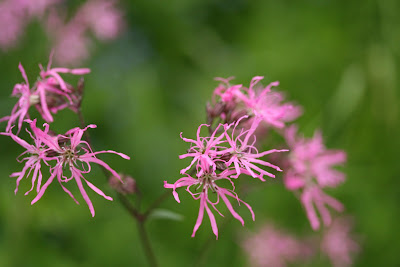 This Corn Speedwell always tricks me into thinking it's a Forget-Me-Not. 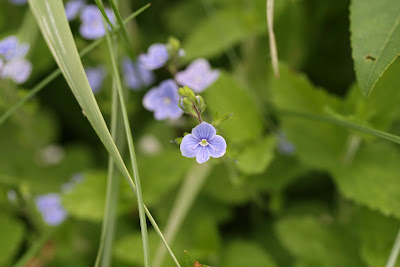 We also had a fairly good-sized group of Eastern Commas on the dirt road down to the Town Pond in Tyringham. I think I've finally been able to separate this from the Question Mark...at least I hope so. 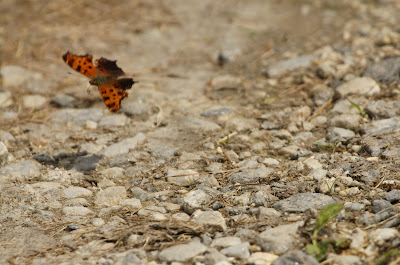 I find the marking on the underside to be less helpful in some individuals. If you blow up the photo of this individual it might look like a question mark....but the horizontal bar on the upperwing after the 3 dots days it's an Eastern Comma. Yikes, I'm not sure I'll ever be really good at butterfly identification. 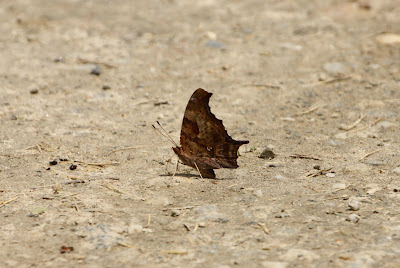 And of course no trip to Tyringham would be complete without a visit to Jean Brown's grave in the small cemetery off Church Street. I've spoken about this before so I won't bore you with details of who and what this is....it's enough to say it's always fun to tie birds and art together in the same trip. 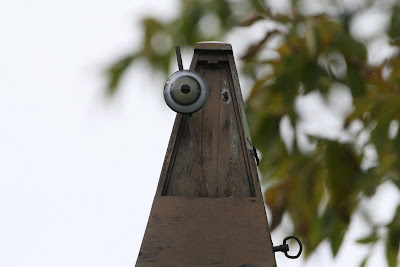 This beautiful Black Swallowtail was foraging in the fields at the other end of the valley at the entrance to the WMA. 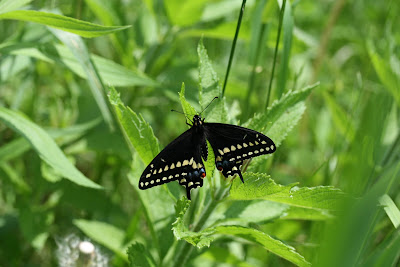 A very nice way to end our last trip with this class. It certainly will be interesting to do some of these same spots in fall migration....but I refuse to even think that far ahead at this point!