We had our fourth Migration Class trip to Rutland State Park and Barre Falls Dam and had a mostly breeders rather than migrants. We heard lots of warblers -- Black-throated Blues, Pine, BT Green, Redstarts everywhere, so some of them must have been migrants! Probably the most numerous bird of the trip though had to be Rose-breasted Grosbeak. They were EVERYWHERE! It seemed like migration was definitely on for them just based on the number we had. 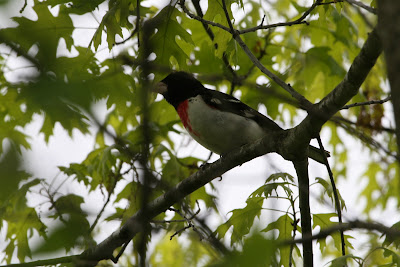 We did have some Blackpoll Warblers (always a sign that migration is winding down) and we had two Parulas working the trees near the beaver marsh along Prison Camp Road. 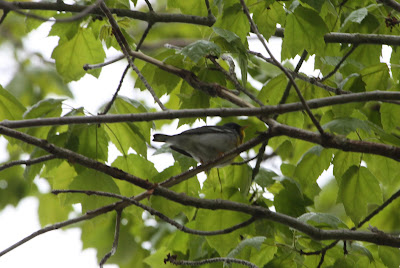 At the same beaver marsh we had great looks at a pair of Brown Creepers gathering food and flying into a nest site in a big dead tree very close to the road. Since the photo below is almost a "Where's Waldo" shot, you really need to click on the pic and see it full screen to enjoy the bird. 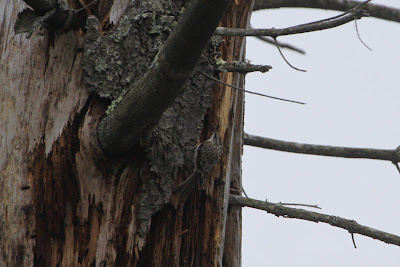 Deb Berard spotted this Green Heron at the river crossing near the prison camp and it spent quite a bit of time out in the open looking for food, before some fishermen launched their canoe and scared him off. We also heard Virginia Rail in the big marsh and there were Bobolinks displaying over the open fields. Everyone (except me and my camera) got great looks at an Indigo Bunting along the road as well. 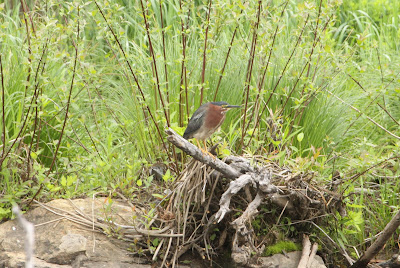 As we were tracking down a singing Northern Waterthrush near the river crossing, I snapped this photo of Least Flycatcher in full song. It's always fun to see the bird doing their call so that there's no question of what empid you're looking at. However, taking a photo and filing it away is always a little flat....without the song to complete the picture. 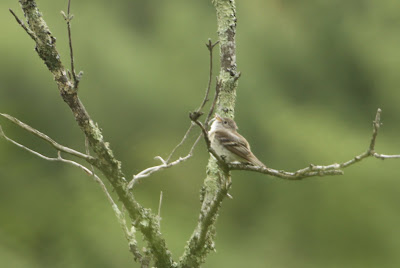 Similar to the Quabbin area, Lily of the Valley seemed to be everywhere this year. 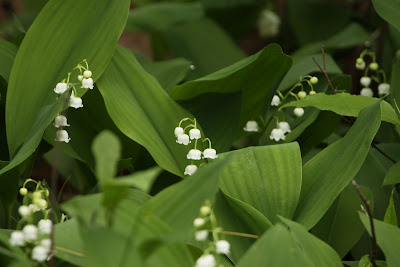 And the same can be said for Wild Geranium too. 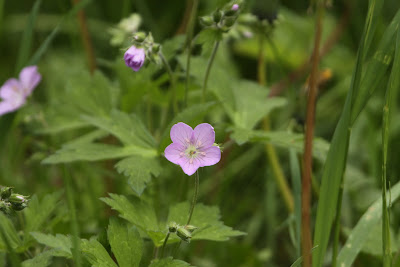 We stopped to show the class the leaves of Purple Trillium (since the blooms are long past) and we found this Jack in the Pulpit in the same area. 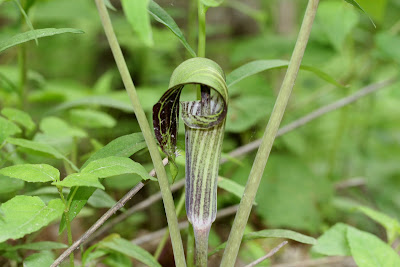 But, of course, everyone's favorite was the Fringed Polygala....some were past prime and had lost petals due to all the rain, but we still found a few lovely blooms. 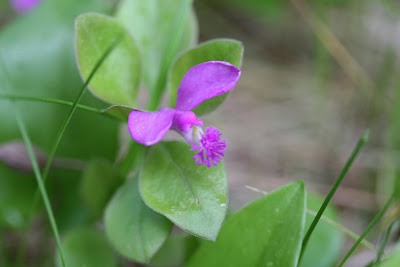 The thrush of the day seemed to be Veery...they were calling at almost every stop we made. Although we did hear Wood Thrush singing as well; just not in the same numbers. 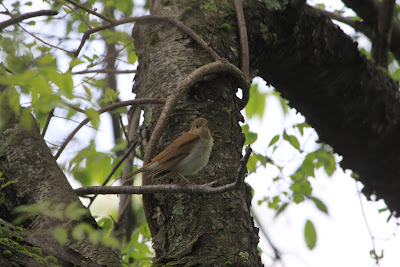 After driving through the major roads and coming out above the dam on Rt. 62, we took the class south on Grainger Road -- which also serves as a snowmobile trail in the winter. While Mark and I have birded these roads several times, I think this was the first time we had taken a class so it was a new place to explore for everyone.

Since it was cloudy and threatening showers, we weren't surprised to hear a very close Black-billed Cuckoo calling in the canopy. We stopped and Mark did a surprisingly-good imitation and the bird immediately flew in closer and started calling. Everyone got good looks at the bird -- which isn't always easy with cuckoos. And it turned out to be a life bird for Neil in the class. 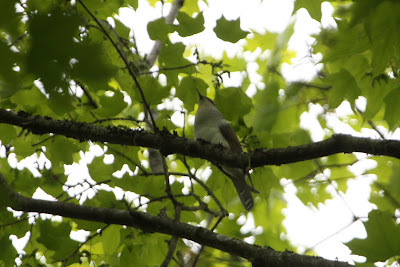 The trip ended as a morning trip as advertised and Mark wondered if folks wanted to check one little pond in Rutland since we hadn't seen Wood Duck and he thought we might be getting close to a century run for the day. Unfortunately most folks had other plans, do we stopped over ourselves. We did not add any species; however, we got great looks at Catbird nesting very close to the rail trail... 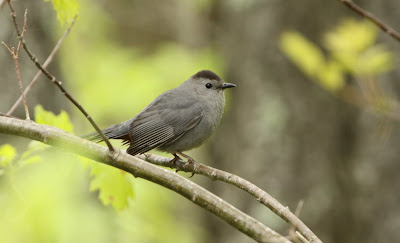 and a pair of Canada Geese with only one gosling in the pond. 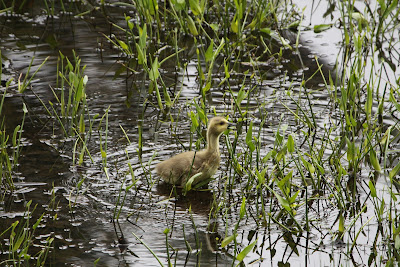 It had been a fun morning and Mark had been right -- we ended the trip with exactly 100 species on the nose!