We spent Mother's Day morning traveling out to opposite Mt. Zion inside Gate 40. Migration was absolutely amazing. We first notice Black & White Warblers just inside the gate....and they continued to be a major feature throughout the whole morning. We had several pairs where the male was guarding the female as she picked up little bits and pieces for the nest. 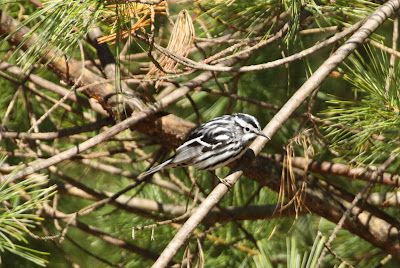 Right along the main road where everyone walks was a very visible Robin's nest. I'm hoping the vegetation comes out a bit so the bird doesn't get disturbed, although she was sitting very tight when I took a couple of quick shots. I just think she'll become much more obvious once the eggs hatch and both parents have to fly back and forth a lot to keep those hungry mouths filled. 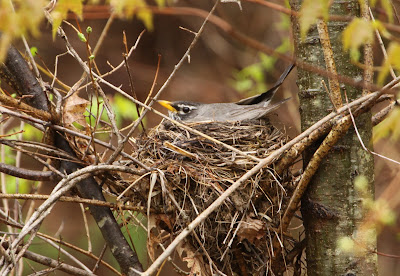 The other predominant singer of the day was Black-throated Blues -- they seemed to be everywhere. And of course some of them were doing a song similar to the Cerulean Warbler, so we did need to stop and check it out. 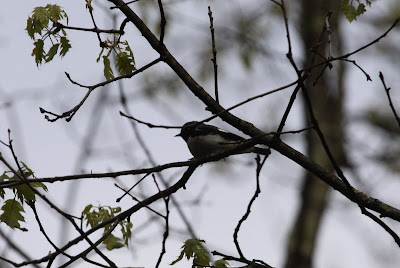 I had my first really good looks a Veery for the year. On the recent class trip Mark got some migrating through South Quabbin, but I didn't see them, so this was my "year" Veery (that is if I kept a year list). 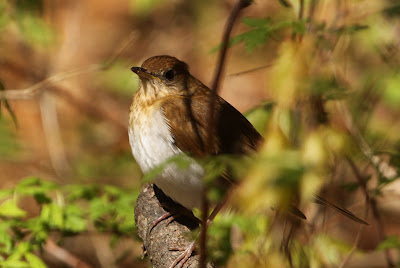 We also had some nice looks at Blackburnian Warblers as well. I never get tired of seeing the blazing orange throat. 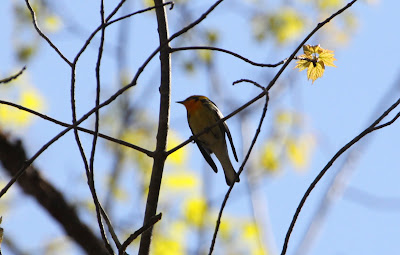 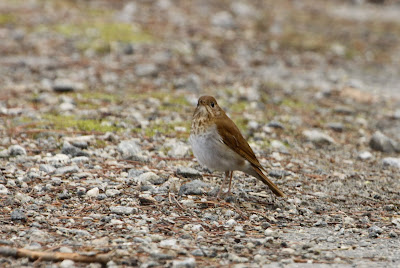 We spent some time at Grave's Landing as well....but other than a loon quite far out and a Belted Kingfisher, it was rather quiet. 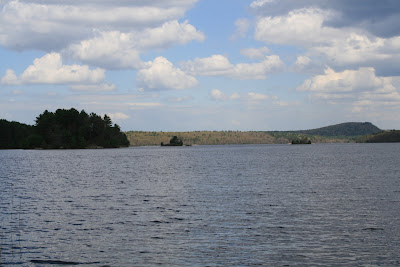 Without too many birds to look at I'll often get distracted by anything to photograph...even Common Blue Violets. They actually are such a pretty flower and remind me of my childhood. I remember my mother having patches of violets in her garden and my sister and I would always pick a bouquet for Mother's Day. So maybe that's why I took the photograph. 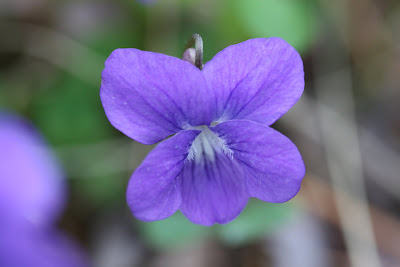 On the way back up the hill from Grave's Landing, I saw my first male Rose-breasted Grosbeak of the spring. I've heard their squeak on several trips, but this was the first one that stood still for a photo....although he certainly didn't do much posing. 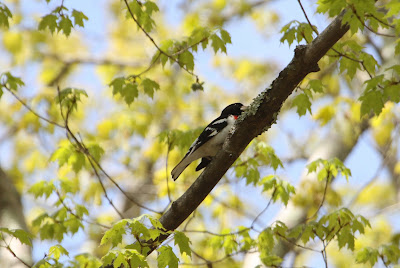 As we got closer to Dana Commons we were distracted by two planes flying fast and low from Westover. This happens occasionally, although I don't know what sort of mission they're on over Quabbin. The photo below was not cropped -- that's how low they were passing over! 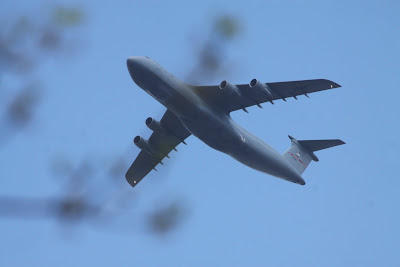 I also got my first dragonfly of the year as well -- a Springtime Darner which we were able to identify by the yellowish stripes on the thorax. If you enlarge the photo you'll notice he also some sort of bug which he was flying around with in his mouth. 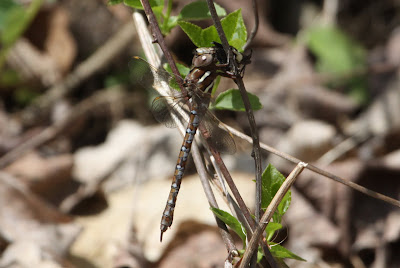 After leaving Quabbin we needed to wait to get to a high spot so I had cell coverage to call in and let them know we had left (which is what you're supposed to do both before entering and upon leaving). We pulled off at the Quabbin Land Trust area on the hill before descending into Old Furnace. And we had a pair of Eastern Kingbirds flying around, displaying and looking like they were definitely on territory. 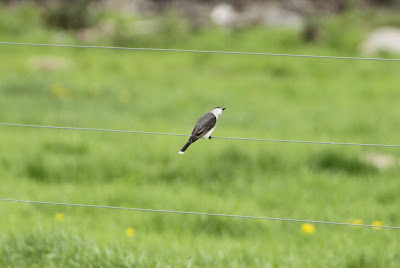 A wonderful way to spend my Mother's Day morning!