Late as always, the following post covers two trips from the last weekend in February -- poking around Worcester for early signs of spring and a trip to the Westport Acoaxet area hoping for the same. 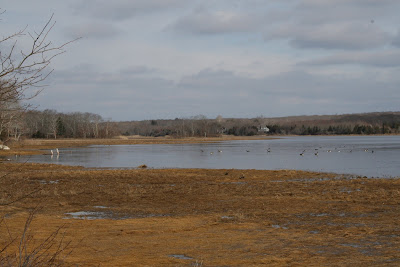 Along the river in Acoaxet it certainly seemed like an early spring morning -- no snow and relatively mild temps. But, alas, we found no Ospreys which clearly would have signaled SPRING. 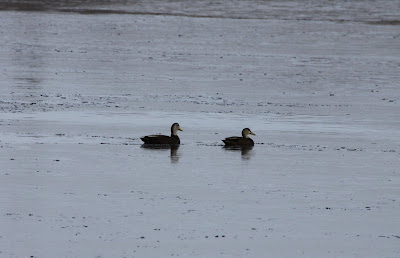 Black Ducks were in pairs... 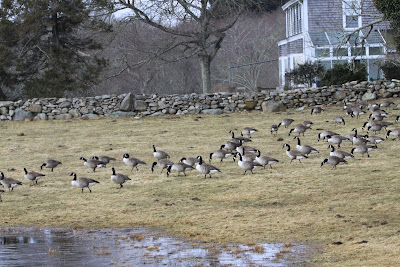 and Canada Geese flocks were moving all over the place. 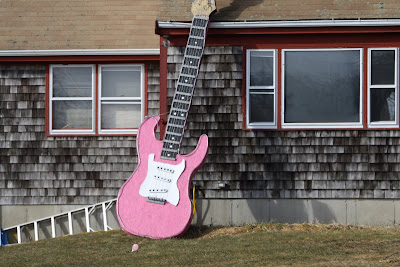 And trips up side roads looking for sparrows, larks and buntings produced this candidate for my next "Lawn Trinket" calendar. It also got us talking about the upcoming party at the Worcester Art Museum to celebrate the opening of the photography show on the history of rock and roll -- "Who Shot Rock". 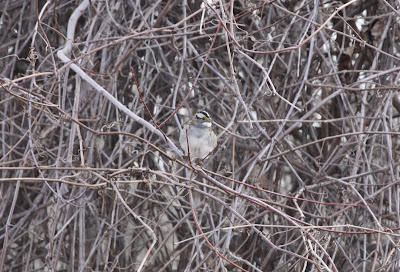 We did find White-throated Sparrows in full voice...and Tufted Titmice doing their spring call (which does get old fast) 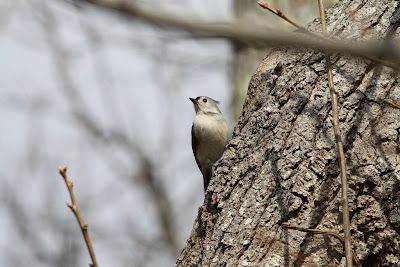 And we had a pair of Carlina Wren exploring this tangle as a possible home. 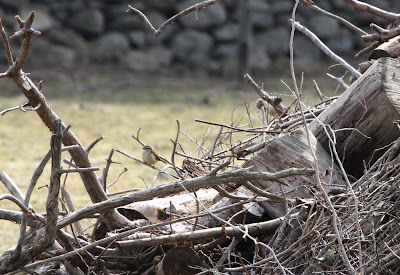 White-breasted Nuthatch were checking out their nesting sites as well. 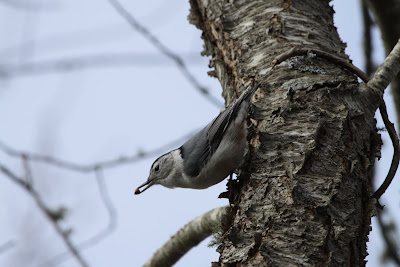 And while the river seemed to have a concentration of Common Eider, it was nothing like the flocks that had built up in Bourne. 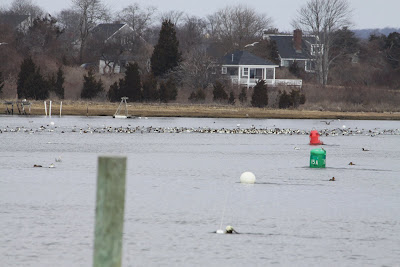 In this case they seemed to be totally focused on the food supply that had clearly concentrated in this area as well. 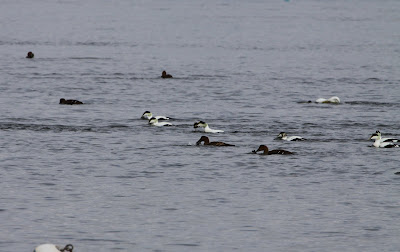 In our quest for spring signs closer to home we poked around the ponds in the Brookfields to see if ducks were on the move inland.

We had some okay numbers of Common Mergs which made us believe they were starting to push north as the ponds unfreeze. 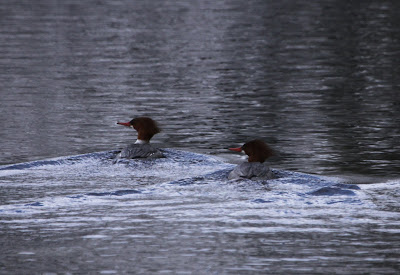 But the Hooded Mergansers we found could be a combination of over-wintering birds and migrants. Hard to tell....but always great to look at! 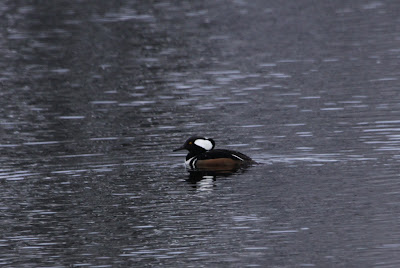 Robins were still plentiful, especially in those areas where there was still a good supply of bittersweet or other fruit. 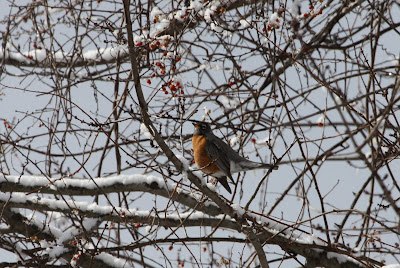 We made a couple of different visits over the weekend to Worcester Airport checking on the flocks of Snow Buntings.

As you can tell by the plumages, these birds are definitely starting to change. The male in the middle (a little to the left) has an almost fully white head. 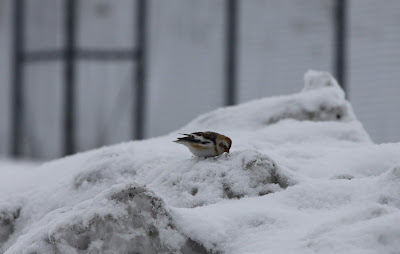 Watching them on the dwindling mounds of snow gives me a sense of how they operate in the tundra. 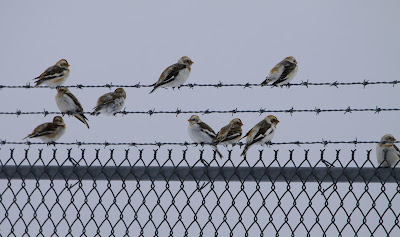 Although whenever someone drove by, these birds clearly retreated to the fences...or even further out onto the strips of grass between the runways.

I wonder how much longer these little guys are going to linger.....let's face it, once they're gone we can definitely call spring!