Having had a taste of the eider show on the Cape-side in Bourne on Sunday, 1/24 we decided to try it again and explore the mainland side. We realized that we hadn't spent very much time exploring Buzzards's Bay, Onset, Wareham, etc. 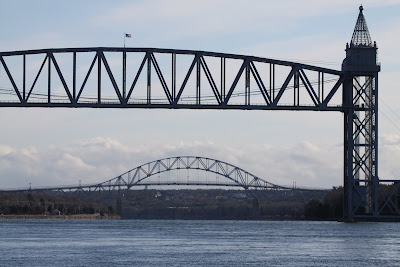 So we decided to start at the Mass Maritime Academy checking for eider flocks. 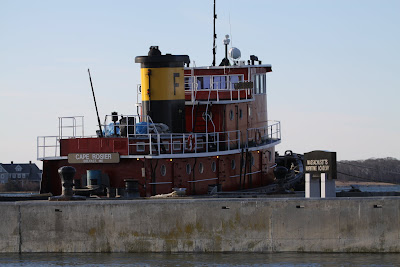 Right along the seawall we had some nice flocks of Brant. 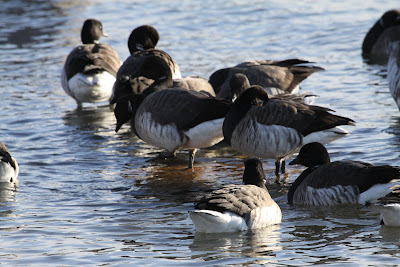 And sure enough there were still large flocks of Common Eider. 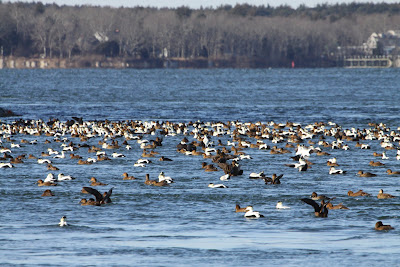 We had great looks at females and sub-adult males.... 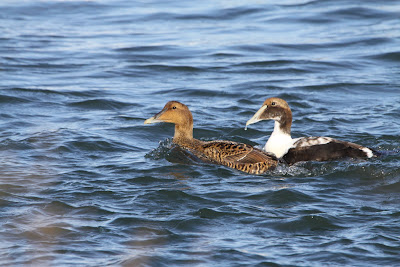 as well as some beautiful breeding-plumaged males. 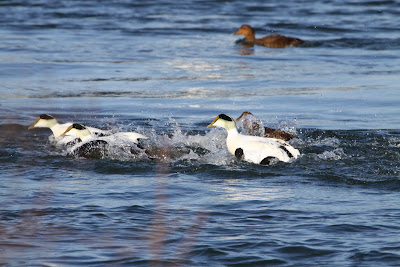 Depending on the tides it seemed that small flocks kept drifting right by in front of us. 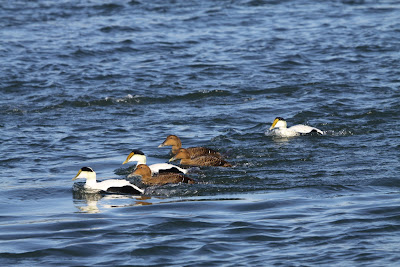 We had birds in full display and they didn't seem to mind too much that we were there with our camera and scope. 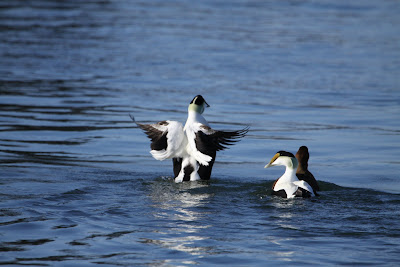 I definitely think I now have my quota of great photos of breeding male Common Eiders! 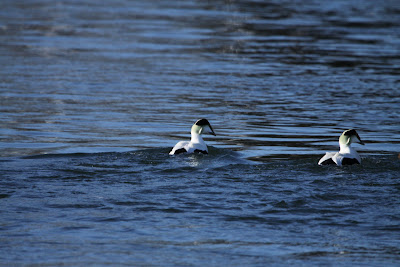 I was totally fascinated by the line of feathers along the check and the pale, almost mint-green color on the back of the head. 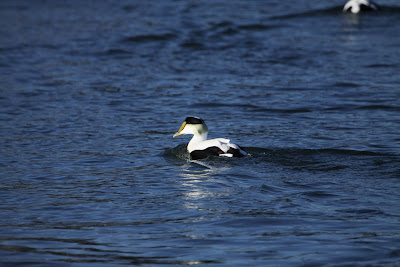 The birds just kept streaming past us and would move up and down the canal based on the current. When you were really close to some of the flocks you could hear their "moaning" calls and the sound of their wings as they took off. 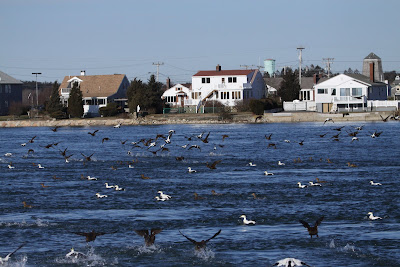 Eventually, the entire flock of about 3,000 birds seemed to head south out of the mouth of the canal -- maybe to feed for the day. We definitely plan to go back again in a few weeks to see if the spectacle is still going on. 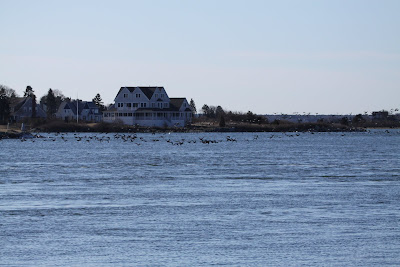 After about 90 minutes or so, we decided to head off to explore some of the other inlets along the Buzzard's Bay coastline. We headed west on Onset Road started to poke down roads to get various overlooks at Onset Bay. 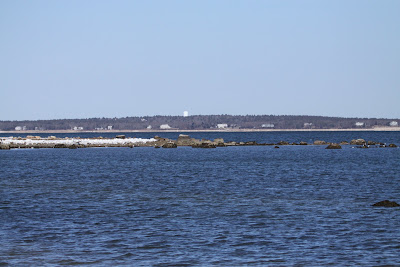 There were a couple of places that looked great to get out to, but unfortunately so much of the area is private that we had to take whatever overlooks we could get.

Along Parkwood Drive in Onset we found a fairly close Horned Grebe. 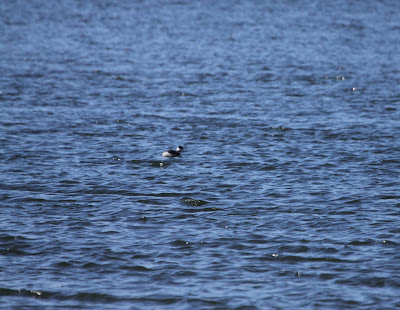 And down towards Hamilton Beach in Wareham we had a good number of Surf Scoter. 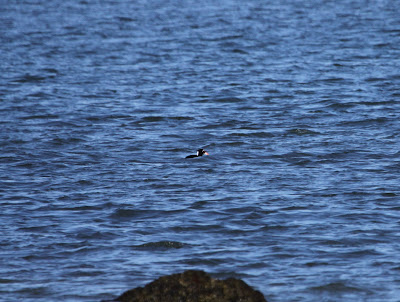 While it was definitely a waterfowl-focused day, we did have the occasional landbird, like Song Sparrow, a few Yellow-rumped Warblers, lots of Robins. 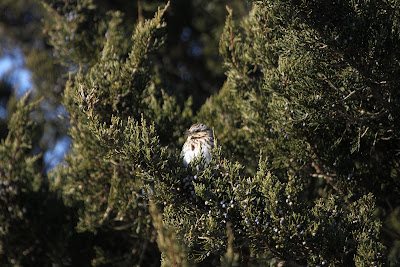 And we had an entire beach of Slipper Shells at the end of Point Road in East Marion.... 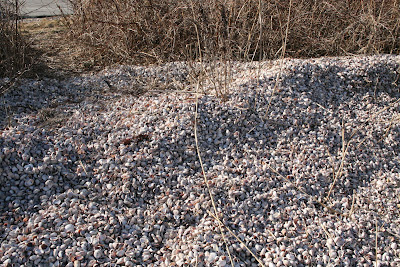 where we also had a beautiful map Northern Harrier hunting over the new golf course area. 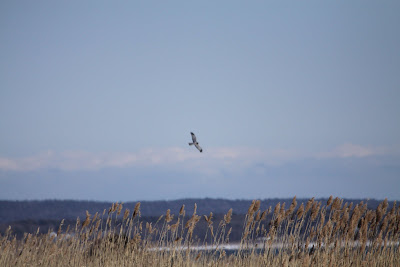 We headed home in mid-afternoon, feeling like we had just scratched the surface in terms of exploring the area. In fact, I can't even remember all the roads we searched down!

Probably one of the more disturbing sightings of the day was in Wareham, down some major residential road on the way to two different beach overlooks. We came across a car parked in the driveway of the house and the entire car was covered in 2-inch wide strips of masking tape, on which there were a strong of obscenities written. While I did stop and take 2 quick photos of this bizarre car, I really can't publish them due to the disturbing content and language. It was probably one of the creepier sightings we've had while out birding. I just can't imagine what it's like to live next to this person -- YIKES!!!

It definitely made me wonder about whether or not I really want to explore the area much further. And I can't imagine trying to do the Breeding Bird Atlas in this area.

Anyway, the birding was fine and the eider show is definitely worth a visit to each side of the canal near the railroad bridge.