On Saturday, February 6th, we decided to head out to the Berkshires to look for the elusive winter finches....again. We had heard that a flock of Pine Grosbeaks had been seen near Moran in Windsor, so we headed west in the outside chance that the birds were still being seen. 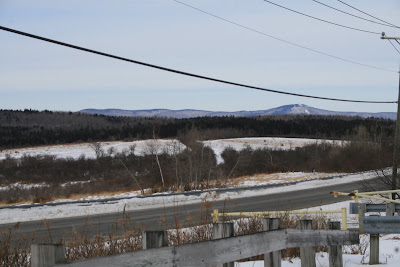 It soon became clear that these were not around....in fact there were very few birds around. We found ourselves checking out tracks in the freshly-fallen snow. While we could see that these tracks headed right under a fallen over log, we tried squeaking in the hopes that a weasel would pop out. But no such luck. We did find tracks of snowshoe hare as well....but that's all we found -- Tracks! 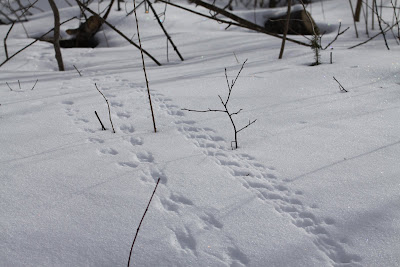 Even the landbirds seemed to be staying rather low -- we had to work for this Black-capped Chickadee. So we decided to cut our losses and head back to the Valley, stopping in Peru to check out some feeders along the way. 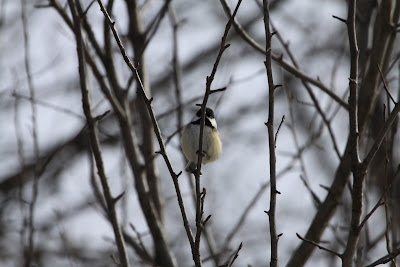 At the feeder where we've gotten numbers of Evening Grosbeaks in year's past, we found this "owl" keeping watch over the swing set near the bird feeders. Not a good sign. 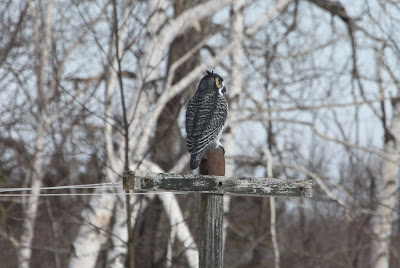 But despite his watchfulness, we heard a Red-winged Blackbird making it's call note nearby, and after searching found him perched in a tree. Mark thinks the bird over-wintered; I prefer to see it as a sign that spring is surely fast approaching. 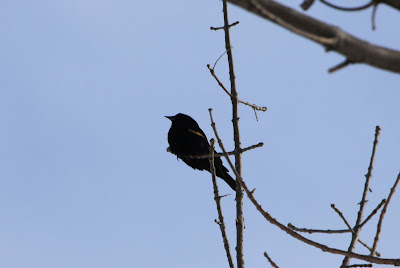 Heading back through the Connecticut River Valley, we found this adult Bald Eagle passing through. 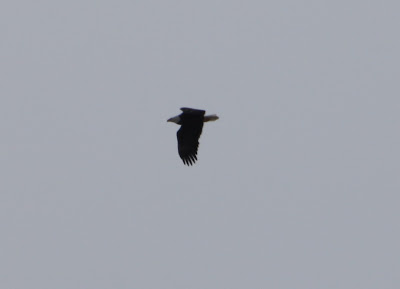 And as we came up through Amherst and Shutesbury to New Salem, we found a large flock of Red-wings hanging out in the trees near the Hamilton Orchards. 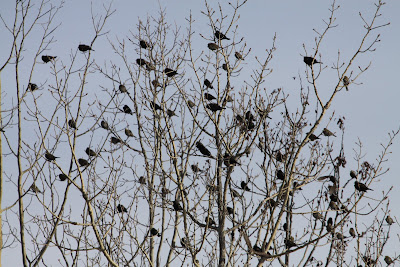 Compared to the coast the previous weekend, the day ended with not a lot of species in return for the distances we traveled.

Oh well, we had to try, but it's likely that it's back to the coast for tomorrow.

Posted by Sheila Carroll at 7:25 PM